There is currently a strong demand to replace organic liquid electrolytes used in conventional rechargeable batteries, with solid-state ionic conductors which will enable the batteries to be safer and have higher energy density.

To that end, much effort has been devoted to finding materials with superior ionic conductivities. Among the most promising, are solid-state ionic conductors that contain polyanions such as B12H122- (Fig. 1a). They constitute a particular class of materials due to their unique transport behavior, which has the polyanions rotating at an elevated temperature, thereby greatly promoting cation conductivities.

However, a major drawback is the high temperature (=energy) required to activate the rotation, which conversely means low conductivities at room temperature.

To address that problem, a research group at Tohoku University, led by Associate Professor Shigeyuki Takagi and Professor Shin-ichi Orimo, has established a new principle for room-temperature superionic conduction. Its findings were recently published in Applied Physics Letters.

The group then studied the dynamics of transition metal hydride complexes in several existing hydrides, and found them reoriented - as if rotating by repeating small deformations (Fig. 2) - even at room temperature. 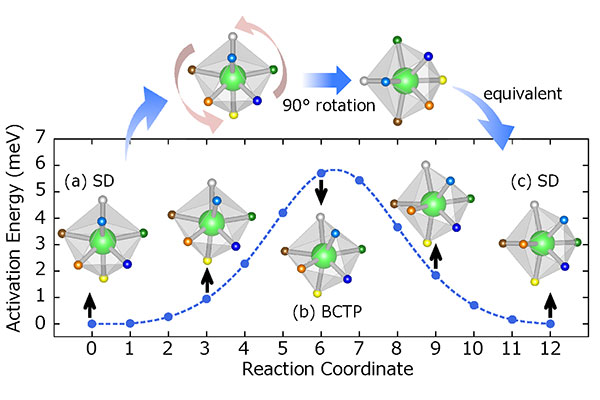 This kind of motion is known as "pseudorotation," and is rarely observed in solid matter. Due to the small displacements of hydrogen atoms, the activation energy of the pseudorotation is relatively low - more than 40 times lower than what's reportedly needed for the rotation of B12H122-. 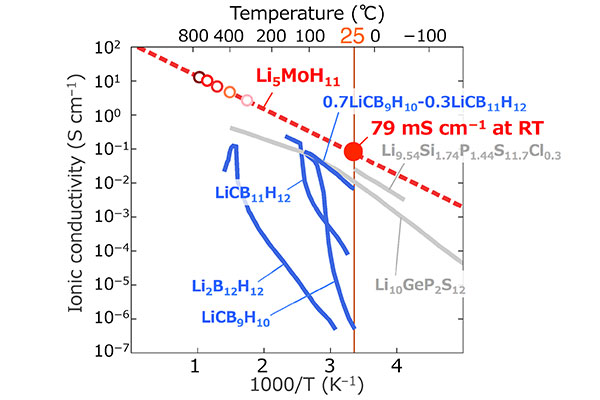 The discovered mechanism is quite general and would be useful in lowering the temperature required to activate the rotation of polyanions. This may positively contribute towards finding compositions that are amenable to room-temperature superionic conductors.