The electron is an elementary particle, a building block on which other systems evolve. With specific properties such as spin, or angular momentum, that can be manipulated to carry information, electrons are primed to advance modern information technology. An international collaboration of researchers has now developed a way to extend and stabilize the lifetime of the electron's spin to more effectively carry information.

They published their results on June 15 in Physical Review B.

"We found the new way to use spin degree of freedom as electron spin wave," said Makoto Kohda, paper author and associate professor in the Department of Materials Science at Tohoku University.

The spin property serves as a tiny magnet, which allows it to store information. Spin can also hold quantum mechanical information, a critical tool for quantum computing. Electron spin as a nature of wave function, however, is new, according to Kohda. This is different from the magnetic spin wave, which carries information in a different way.

The electron spin wave, a term coined by Kohda and the research team, carries information, as well. The problem is that the spin wave could only propagate for so long before losing its information.

"We theoretically found a way to enhance the electron spin wave's lifetime by choosing the proper crystal orientations," Kohda said. 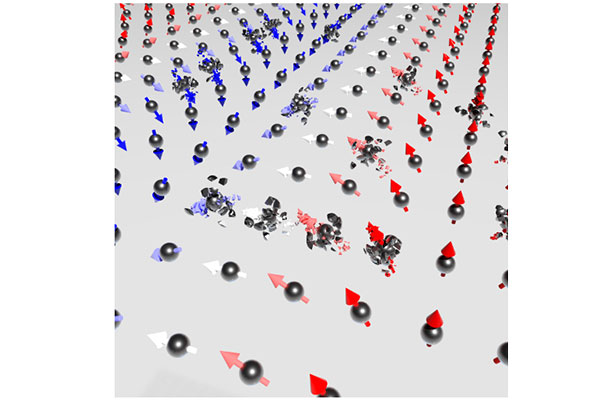 This work was supported by the Japan Society for the Promotion of Science, the Marsden Fund Council of New Zealand, the Royal Society Te Apārangi and Tohoku University.