Researchers at Tohoku University have, for the first time, successfully demonstrated a formation and current-induced motion of synthetic antiferromagnetic magnetic skyrmions. The established findings are expected to pave the way towards new functional information processing and storage technologies.

Magnetic skyrmion is known to be a topological object, emerged in magnetic systems. It possesses the ability to be made at nanoscale and to be driven by a current, showing promise for various applications where information is represented by the presence, absence, number, or state of the skyrmion. However, there remains one stumbling block - the skyrmion Hall effect. 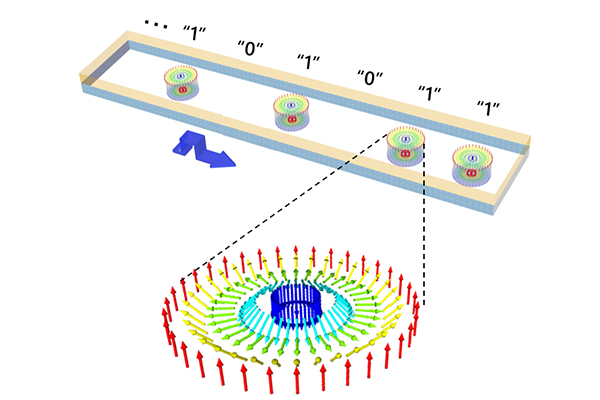 The developed structure effectively exploits three spintronics effects, Ruderman-Kittel-Kasuya-Yosida (RKKY) interaction, Dzyaloshinskii-Moriya (DM) interaction, and spin-orbit (SO) interaction. Due to the RKKY and DM interactions, a synthetic antiferromagnetically-coupled (SyAF) skyrmion is successfully formed. In addition, thanks to the SO interaction, the SyAF skyrmion is moved with a much smaller current than conventional single ferromagnetic skyrmion. Moreover, suppression of skyrmion Hall effect is confirmed for the SyAF system. 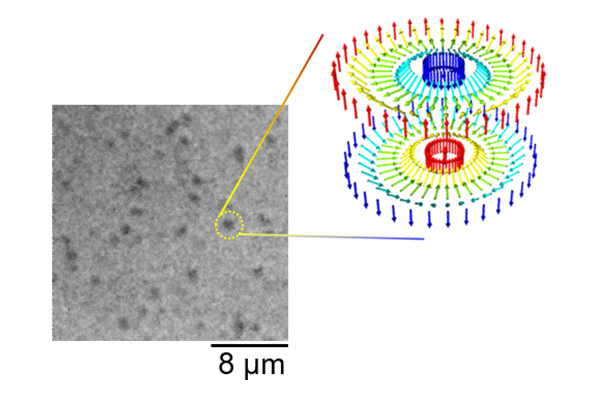 This is the first demonstration of the formation and current-induced motion of magnetic skyrmion circumventing the skyrmion Hall effect at room temperature. Ultimately, the present finding is expected to open the pathway to newer spintronics devices in which topology arising in magnetic materials is fully utilized.