Tohoku University scientists have found that human editing enzymes are likely behind a type of mutation in the COVID-19 virus that stimulates the release of pro-inflammatory molecules called cytokines by immune cells in the body. The finding, published in the journal Scientific Reports, is important for understanding how the virus is evolving.

The genetic material of coronaviruses, including the SARS-CoV-2 virus that causes COVID-19 infection, is contained in a single strand of RNA. Coronaviruses have fewer genetic mutations compared to other RNA viruses because they have a kind of RNA-proofreading machinery that protects them. Nevertheless, they still do have some mutations, and scientists would like to understand how they come about and what their effects might be. 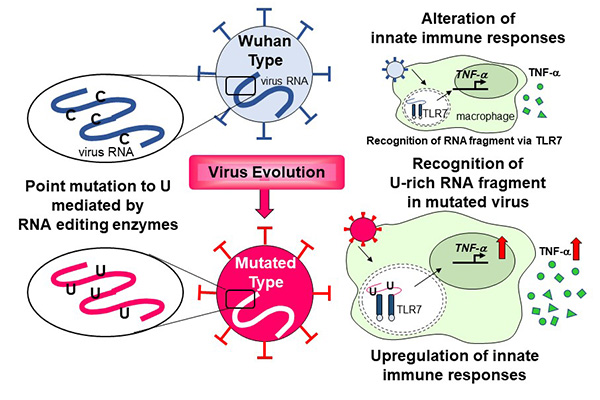 Tohoku University immunobiologist Emi Furusawa-Nishii and colleagues investigated the genome sequences of almost 8,000 SARS-CoV-2 viruses from an international database. They specifically looked for 'point mutations', in which a nucleotide base within the virus's RNA is switched to another base.

Their analyses found that virus strains that had evolved from the original one isolated in Wuhan, China had a disproportionate number of cytosine bases that were switched to uracil, in addition to a number of other nucleotide base switches. Further analyses of the nucleotide bases preceding and following these point mutations suggested they were caused by two types of human editing deaminase enzymes, called APOBECs and ADARs.

The scientists then wanted to study the effects of the mutations on macrophages: a type of white blood cell that forms part of the body's first line of defence, or its innate immunity. They tested the production of two pro-inflammatory cytokines, called tumour necrosis factor-alpha and interleukin-6, by human macrophage cell lines. The cells were stimulated with an RNA fragment from Wuhan-type or mutated-type SARS-CoV-2 viruses. Surprisingly, they found that the uracil-rich RNA fragment in the mutated-type SARS-CoV-2 viruses increased the production of the two cytokines. 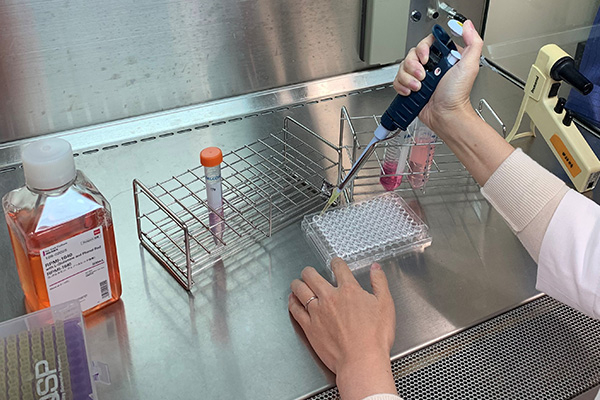 The scientists tested the effects of mutated viral sequences on human macrophages.©️Tohoku University

"Our findings suggest that the point mutations we detected in SARS-CoV-2 viruses were caused by RNA editing as part of the human defence reaction against the infection," says Furusawa-Nishii. "They also show that the virus's evolution is increasing innate immune responses in the host."

The scientists say further studies are needed to determine whether this increased innate immune response helps efficient virus elimination or if it leads to an aggravation of symptoms.