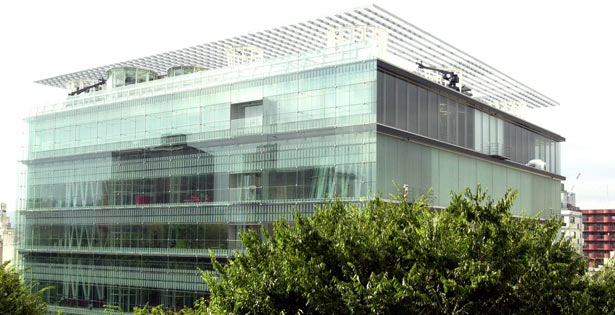 Sendai Mediatheque is a public institution that provides a platform for a variety of cultural activities, mainly related to art and moving images. Designed by architect Toyo Ito, the building holds gallery and theatre spaces. It also houses the main city library.

By subway -
Kotodai-Koen Station is a three-minute ride from Sendai Station on the subway bound for Izumi-Chuo. From there, walk six minutes westward, along Jozenji-Dori from the "Park 2" exit.

By bus -
The "Sendai Mediatheque" bus stop is approximately a ten-minute ride from Sendai Station on the "Kotsukyoku Daigaku Byoin via Jozenji-Dori" route.

By foot -
It takes approximately 20 minutes to walk from Sendai Station.