At the beginning of the workshop, Professor Greg Miller, interim Dean of the University of Washington's College of Engineering, said "I visited Tohoku University recently, and the level of research, education, the campus environment, and the level of convenience were excellent. I have great expectations for the next-generation synchrotron radiation facility." Tadahiro Hayasaka, Tohoku University's Executive Vice President for Research, explained the background to the facility and said that he would like to see a deepening of the collaboration between the two universities through its use. 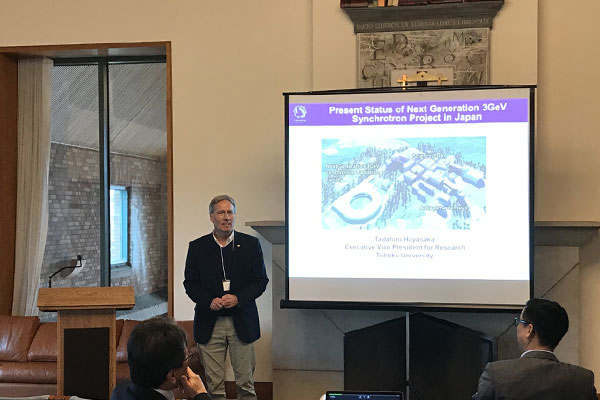 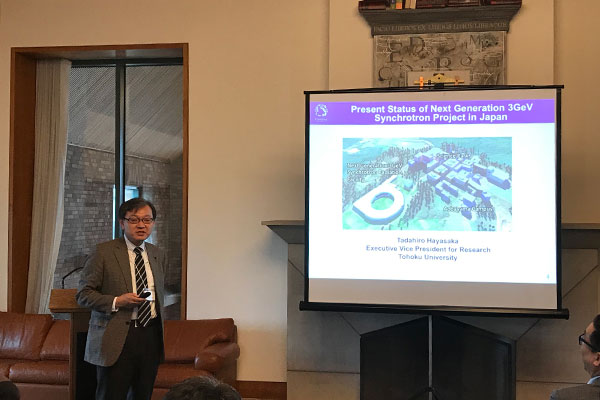 Masaki Takata, Special Advisor to the President for Research and President of the Photon Science Innovation Center, explained the 'Coalition Concept' that will be used to promote industry-academia collaboration, and the advantages the use of the facility gives researchers.

In addition, three faculty members from Tohoku University spoke about how they use synchrotron radiation in their own research and how they expect to develop their research efforts using the new facility. From the University of Washington, 16 researchers from the fields of Materials Science, Physics, Chemistry, and Forest Sciences gave pitch-talk presentations outlining their own research and their expectations for how they will make use of the facility. 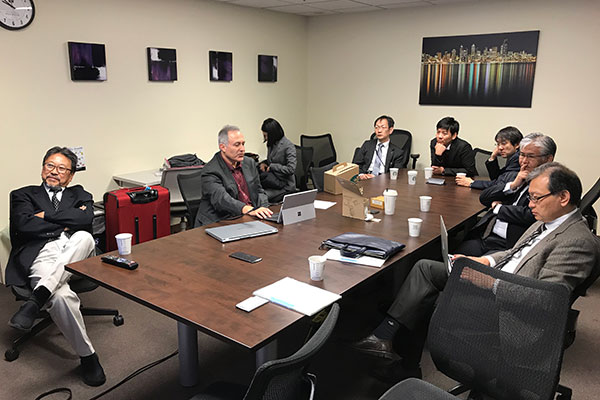 Collaboration between the University of Washington and Tohoku University through the AOS has been extended to include materials science, aerospace engineering, disaster science, and nursing science. Future research exchanges are expected through the use of the next-generation synchrotron radiation facility. 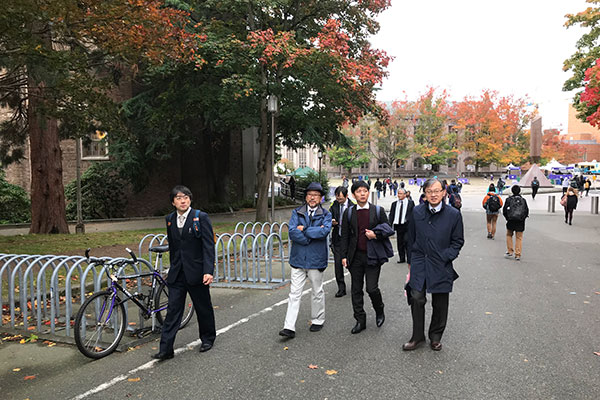 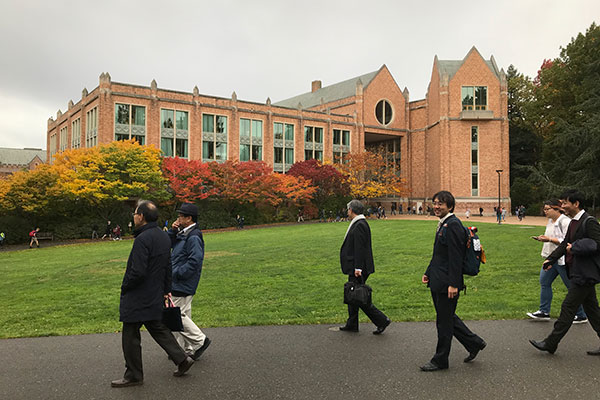