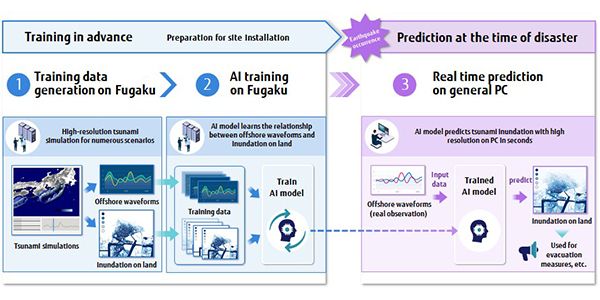 An overview of tsunami prediction with AI 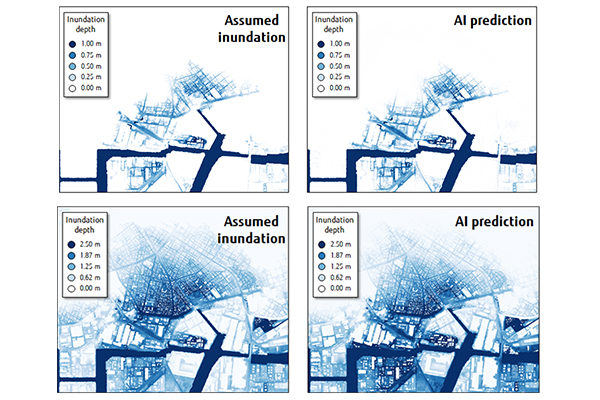 A comparison between anticipated flooding from the model of Cabinet Office of Japan and the results of the newly developed AI in the event of a Nankai Megathrust Earthquake.