Twenty-seven students were recognized for their role in the university's internationalization efforts, at an awards ceremony held on Katahira Campus on August 1.

Thirteen students received the Global Hagi Scholarship for 2022, funds which will go towards study abroad programmes at Tohoku University's partner institutions. The prestigious scholarship is awarded biannually to students with excellent academic records and who are deemed to be good ambassadors for the university abroad.

At the ceremony, Tohoku University President Hideo Ohno congratulated the recipients and acknowledged that the COVID-19 pandemic had made student life - and student exchange - difficult these last few years. Nonetheless, he said, it is more important than ever, to be globally-minded.

"We are faced with challenges that transcend national borders, such as the pandemic, climate change, the depreciation of the yen and geopolitical changes. We need to create a better future, and to do so, it is crucial to have a network with the rest of the world."

President Ohno also shared anecdotes of his own time abroad as a university student. He said that although being in an unfamiliar environment can be challenging, "the experience and personal growth will serve you well for the rest of your life." 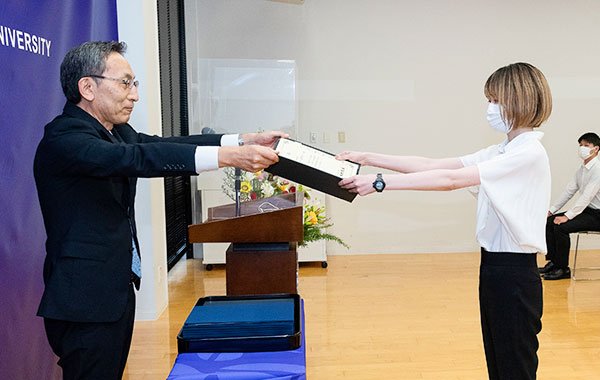 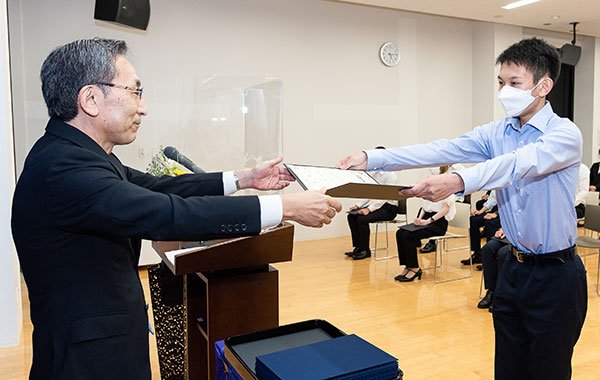 Kojima Sota, a third-year student at the Faculty of Agriculture, gave a speech on behalf of the Global Hagi Award recipients. He said that the reasons for his wanting to go overseas can be summed up in one word: curiosity. 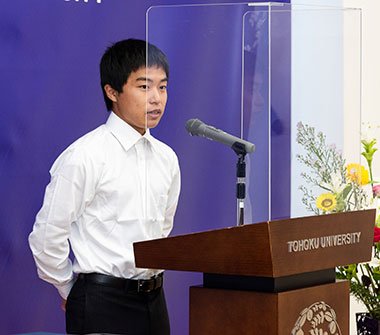 "I'm curious about how I will change when I step outside of Japan, a place that has formed my way of thinking and way of seeing things," he said. "I also want to know how people outside of Japan, with different climate and culture, think about agriculture."

He said that he has chosen to go to the US because he believes it will give him the best opportunity to meet and learn from people of different races and backgrounds. "I hope to be a person who accepts all the people and environments he encounters." 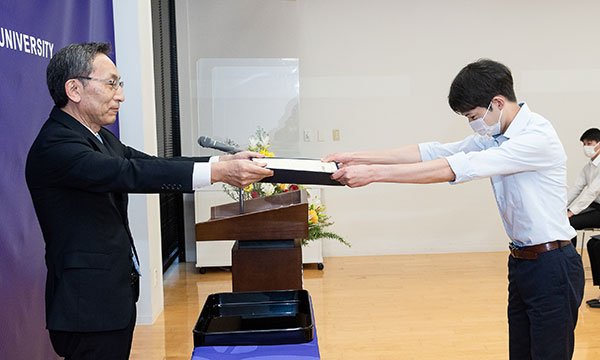 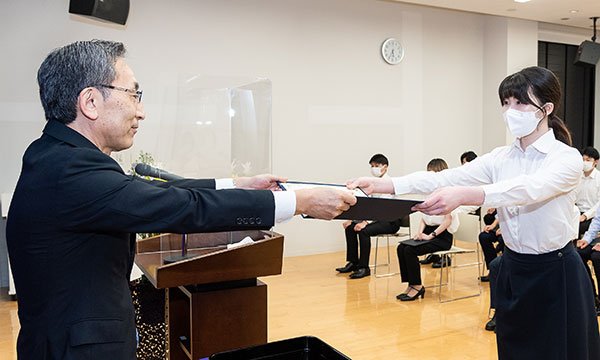 Also receiving recognition at the ceremony were 14 students who were named Global Leaders. Students receive the Tohoku University Global Leader (TGL) certification after collecting points from classes and activities that encourage a global mindset. These include participating in study abroad or international programmes, doing volunteer work and passing foreign language proficiency tests. 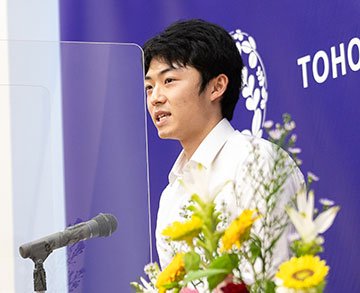 "Attending my first Global Seminar at Tohoku University made me the person I am today," said Makoto Yusa, a fourth-year student in the Faculty of Arts and Letters. "The experience of friendly competition with like-minded but diverse and passionate peers who also want to become global leaders was very stimulating."

He added that his childhood dream of being someone who can influence and change the world, now feels like a tangible goal.

The TGL programme was started in 2013 as part of the university's efforts to promote an international curriculum and co-learning among students of different cultures. This semester's group brings the total number of students who have been awarded the certificate to 184. 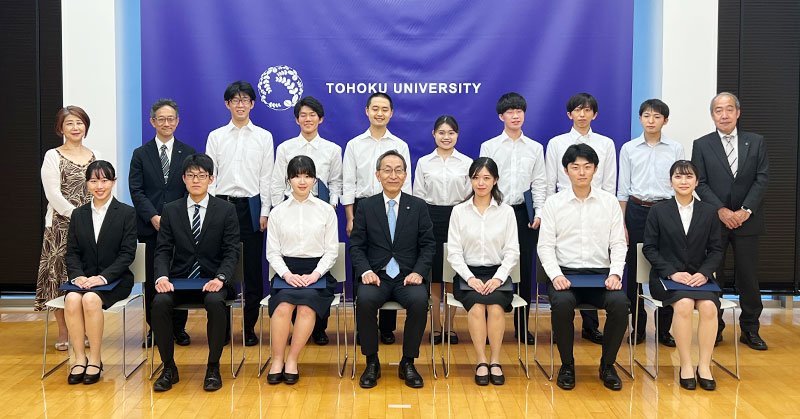