It's a rivalry that goes back to the days when seven imperial universities representing all corners of Japan, dominated the landscape of Japanese higher education. Their names might be a little different now, but they remain easily recognizable - Hokkaido University, Tohoku University, The University of Tokyo, Nagoya University, Kyoto University, Osaka University and Kyushu University.

After a two-year pause due to the COVID-19 pandemic, the National Seven Universities Athletic Meet is back, with Tohoku University hosting the tournament for the first time since 2015. Over the next three months, the seven member universities will compete in 43 sporting events, hoping to score enough points to be crowned overall champion. 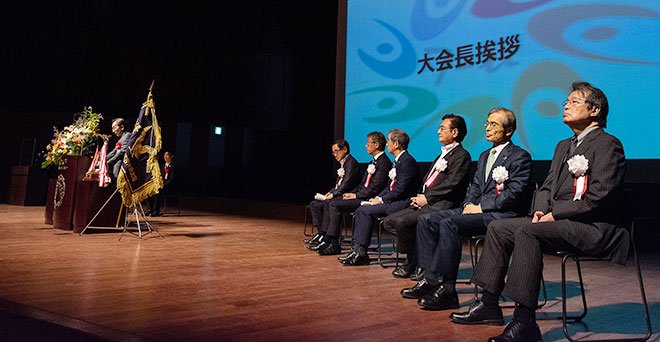 At the opening ceremony, held on July 2 at Kawauchi Hagi Hall, Tohoku University President Hideo Ohno acknowledged the difficulties faced by students in recent years, and spoke of sports as a means of bringing positive emotions together.

"In a world shaken by the coronavirus, by natural disasters and by political ambition such as the invasion of Ukraine, it is wonderful to be able to place our hopes in our youth and enjoy a sporting event that transcends borders and cultures," he said. "I would like to send my hearty encouragement to all those who are participating in and supporting this tournament." 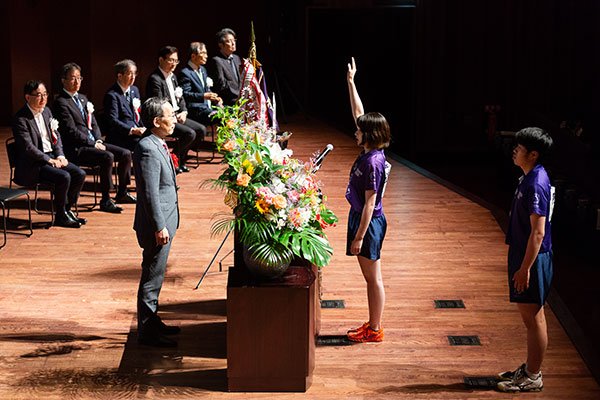 The captains of Tohoku University's men's and women's Table Tennis Clubs then took the pledge on behalf of all the student athletes, to "do our best in the tournament, to compete with the pride of the seven universities and in the spirit of fair play."

In the second half of the ceremony, the seven university presidents and the heads of their respective athletic associations held a "round table conference" where they reiterated their hopes for a successful campaign and included some good spirited banter about who will emerge victorious in September.

"Tohoku University won six of the last seven tournaments, so we really should win this year as well," said President Ohno, to which President Teruo Fujii of the University of Tokyo quipped, "the one that they lost was to us, so there's a chance that we (Tokyo) can win again this year!"

President of Nagoya University Naoshi Sugiyama, joked that it has been nearly 20 years since his university last won. "I hope everybody respects the tradition that the host usually wins, so we welcome you to Nagoya in two years," he said, to good natured laughter from the approximately 140 people in the audience.

The ceremony ended with a performance by the Tohoku University "oendan" cheer squad. 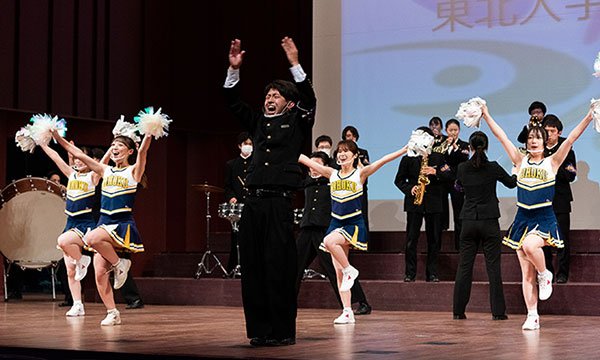 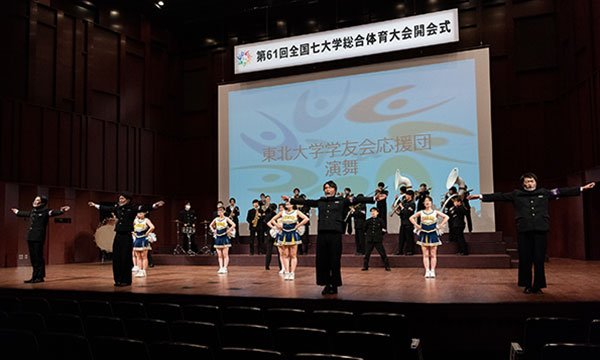 For logistical reasons, a handful of events were held earlier in the year. Among them, skiing (in which Tohoku University finished in third place), ice hockey (third) and women's lacross (fifth).

The Tohoku University Equestrian Club came in first in dressage and second in the steeplechase, to finish first overall. And the university also did well in basketball, with the women's team taking first place and the men's team finishing second. 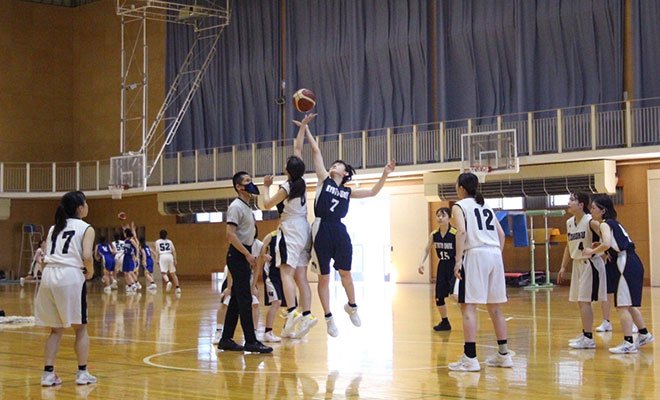 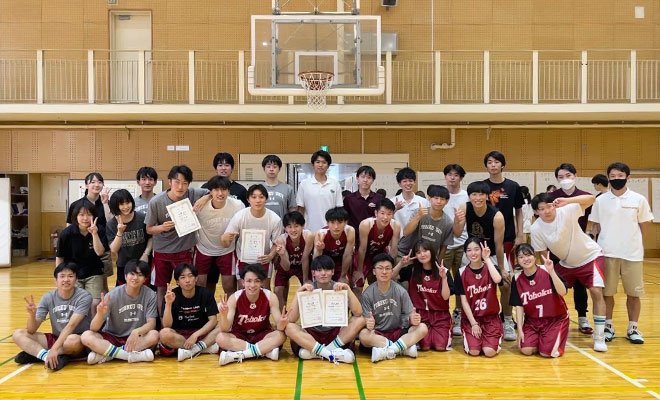 The 61ˢᵗ National Seven Universities Athletic Meet will run until September 23. Results of each sporting event and the race to the overall championship can be found on the tournament homepage or here.