One group is from Tohoku University's Institute of Fluid Science and the Graduate School of Medical Engineering, which has been working with researchers from the former National Chiao Tung University in the fields of semiconductors, energy and medical engineering.

And the other is a collaborative project on digital dentistry, between researchers at Tohoku University's School of Dentistry and the former National Yang Ming University. 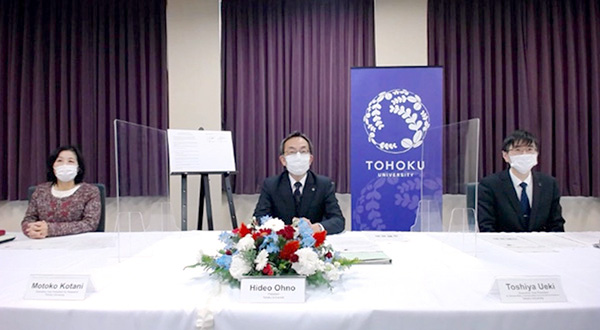 "With the merger of National Yang-Ming University and National Chiao Tung University, I expect that this synergy with Tohoku University will not only deepen, but also widen," said President Hideo Ohno at the signing ceremony, which was held online. 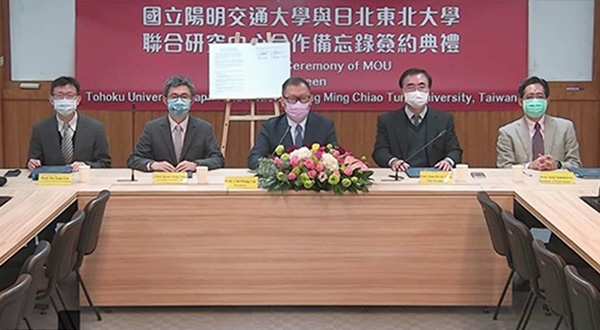 Following the ceremony, the co-deputy directors of the International Joint Laboratory - Professor Seiji Samukawa (Tohoku University) and Professor Yiming Li (NYCU) hosted a workshop to kick off the second phase of the partnership.

The workshop featured keynote speeches by Professor Kaoru Maruta, Director of Tohoku University's Institute of Fluid Science, who highlighted some of the work being done at the institute and ways to strengthen co-creation between the two universities; and Professor Kai-Ten Feng, NYCU's Associate Dean of Electrical and Computer Engineering, who spoke on designing beyond 5G networks.

Group leaders and laboratory members from the National Institute of Advanced Industrial Science and Technology (Japan) and the Taiwan Semiconductor Research Institute (Taiwan), also presented results of the joint laboratory's research on semiconductors, hydrogen Energy and biomedical sensor networks during the first phase; and outlined an activity plan for the second.

Professor Guang Hong from the Graduate School of Dentistry at Tohoku University and Professor Ming-Lun Hsu from NYCU then introduced new themes in digital dentistry which they plan to work on in the second phase of the joint laboratory.

Since the original agreement between Tohoku University and National Chiao Tung University was signed in 2018, the International Joint Laboratory has achieved many outstanding results. And the new three-year extension with NYCU is expected to see further joint research in advanced semiconductor technology and medical ICT, as well as stronger promotion of international industry-academia collaboration.