Researchers Discover A New, Young Volcano in the Pacific

Researchers from Tohoku University have discovered a new petit-spot volcano at the oldest section of the Pacific Plate. The research team, led by Associate Professor Naoto Hirano of the Center for Northeast Asian Studies, published their discovery in the in the journal Deep-Sea Research Part I.

Rock samples collected from previous studies of petit-spot volcanoes signify that the magma emitted stems directly from the asthenosphere - the uppermost part of Earth's mantle which drives the movement of tectonic plates. Studying petit-spot volcanoes provides a window into the largely unknown asthenosphere giving scientists a greater understanding of plate tectonics, the kind of rocks existing there, and the melting process undergone below the tectonic plates.

The volcano was discovered in the western part of the Pacific Ocean, near Minamitorishima Island, Japan's easternmost point, also known as Marcus Island. The volcano is thought to have erupted less than 3 million years ago due to the subduction of the Pacific Plate deeper into the mantle of the Marina Trench. Previously, this area is thought to have contained only seamounts and islands formed 70-140 million years ago. 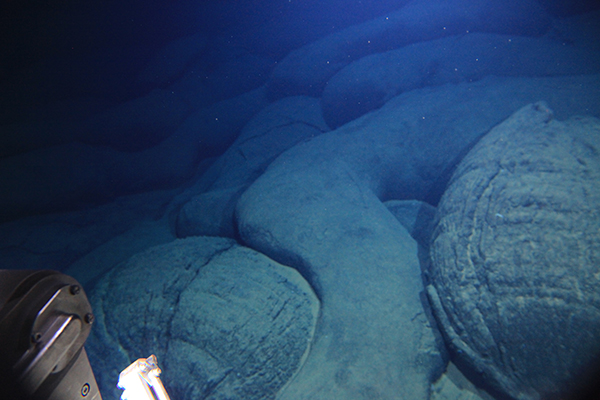 "The discovery of this new Volcano provides and exciting opportunity for us to explore this area further, and hopefully reveal further petit-spot volcano," says Professor Hirano. He adds, "This will tell us more about the true nature of the asthenosphere." Professor Hirano and his team will continue to explore the site for similar volcanoes since mapping data demonstrates that the discovered volcano is part of a cluster.