The demand for low-power and high-performance integrated circuits (ICs) has been increasing as artificial intelligence (AI) and Internet-of-Things (IoT) devices become more widely adopted. With the present ICs, purely CMOS-based memories such as embedded Flash memory (eFlash) and static random-access memory (SRAM) are responsible for a high proportion of power consumption. In order to lower power consumption while keeping high performance, magnetoresistive random access memories (MRAMs) have been intensively developed. Spin-transfer torque MRAMs (STT-MRAMs) are the most intensively developed MRAM. Major semiconductor companies have now announced that they are ready for mass production of STT-MRAM for eFlash replacement. 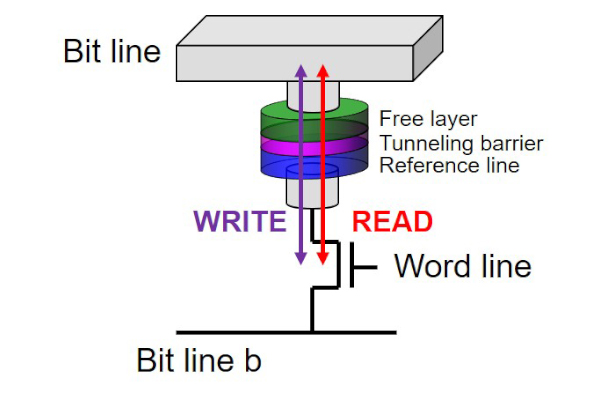 Researchers are aiming to replace SRAM with MRAM. For SRAM replacement, MRAM must achieve high-speed operation above 500 MHz. To meet the demand, an alternative MRAM, so-called spin-orbit torque MRAM (SOT-MRAM) was proposed, which has several advantages for high-speed operation. Because of these advantages, SOT-MRAM has also been developed; however, most laboratory studies focus on the fundamentals of SOT devices. To realize SRAM replacement by SOT-MRAM, it is required to demonstrate high-performance of SOT-MRAM memory cell on 300mm CMOS substrate. In addition, it is necessary to develop the integration process for SOT-MRAM, e.g., thermal tolerance against 400°C annealing, which is a requirement of the standard CMOS back-end-of-line process. 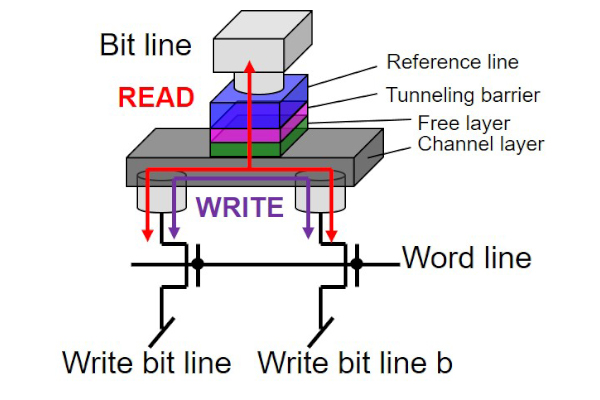 The research team led by Professors Tetsuo Endoh and Hideo Ohno - the current president of Tohoku University - has developed an integration process for SOT devices compatible with 55nm CMOS technology and fabricated SOT devices on 300mm CMOS substrates. The newly developed SOT device has simultaneously achieved high-speed switching down to 0.35 ns and a sufficiently high thermal stability factor (E/kBT＝70) for the high-speed non-volatile memory applications with robustness against annealing at 400°C. Based on this achievement, the research team has integrated the SOT device with CMOS transistors and finally demonstrated high-speed operation in complete SOT-MRAM memory cells. 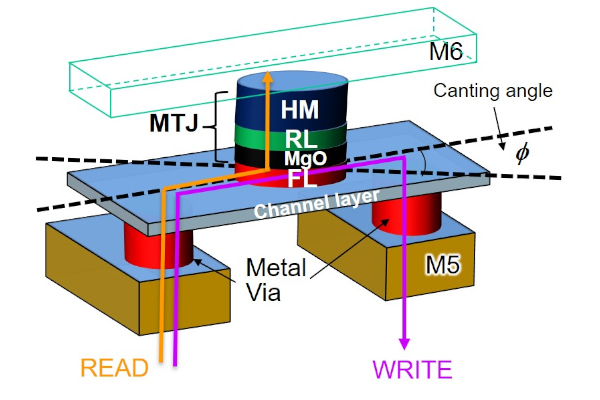 These achievements have addressed the issues to make SOT-MRAM practical for commercial applications and thus offer a way to replace SRAM with SOT-MRAM, which will contribute to the realization of high-performance electronics with low-power consumption.

Results will be presented at the 2019 IEEE International Electron Devices Meeting in San Francisco, December 7-11, 2019.