Sixteen teams from Tohoku University and one team from Kawasaki town took up their oars to compete in an autumn marine sports festival on October 18.

The fun filled event was held in crisp autumn weather on Lake Kamafusa, south of Sendai city. Teams that didn't make it through to the rowing finals, sweated it out in a rowing machine contest on the shore. A large number of international students were among the competitors. 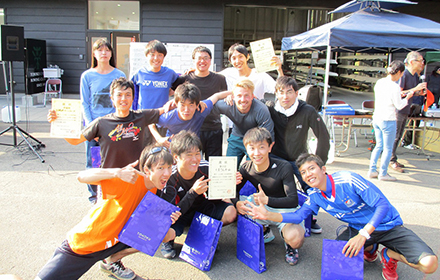