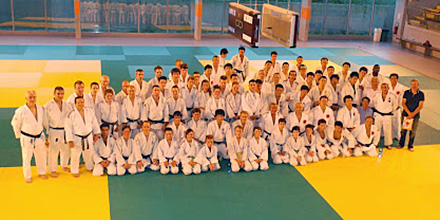 Commemorating the 100 year anniversary of Kosen Judo, exhibitions were held in Orleans, Paris, Amiens, Bordeaux, and various other cities where the delegates participated in cultural exchange through judo.

The tour gave Japanese delegates the opportunity to contribute to the growth of the sport in France and Japan, as well as to reflect on the development of judo as in international sport.