Ski Club Glides in at Number One

Tohoku University's Ski Club has won the ski competition at the 2016 National Seven Universities Athletic Games. The sports event was held from December 27 to January 2 at Nozawa Onsen Resort in Nagano Prefecture.

It's the fourth year in a row that the ski club has come in first, the category including alpine, cross-country skiing and ski jumping.

There are great expectations for the club's first year students at the next games, as many of them were among the competitors to take home top results this year. 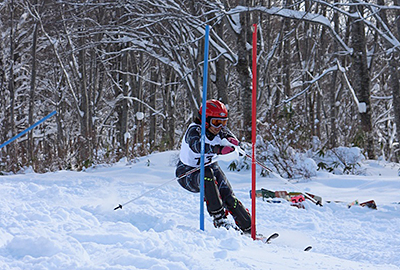