An information exchange meeting was held at Katahira Campus on July 20, between representatives of nine university departments and the staff of the Tohoku University China Office. 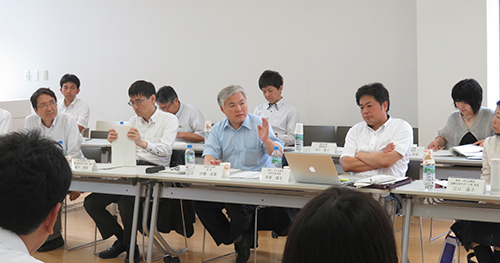 Sendai-based representatives from the nine university faculties raised questions and offered opinions on the future role and activities of the China Office. Specifically, they discussed public relations strategies in each academic field, which can be used to further appeal to Chinese students and researchers who wish to study at Tohoku University. They also explored ways in which the China Office could be a go-between to facilitate such exchanges. 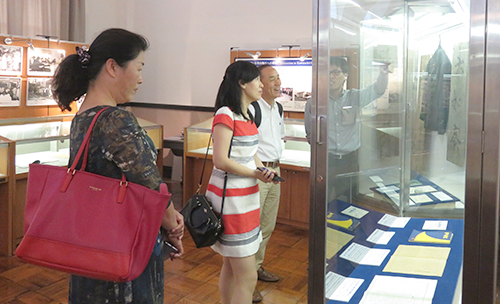 In the afternoon, the senior researchers visited the University Archives and the new extension of the Aobayama Campus. Touring Aobayama Commons, the Graduate School of Agriculture and the International Research Institute of Disaster Science, they had a first-hand look at the on-going efforts to improve the university's study and research environments.