An agreement has been reached between the Russian Federation and Japan, to have their institutions of higher education work more closely together.

Copies of the agreement were then exchanged at the Prime Minister's Official Residence, where Japanese Prime Minister Shinzo Abe was hosting a visit by Russian President Vladimir Putin.

This MOU was first proposed by Moscow State University at the 6th Japanese-Russian Forum of Rectors last October. The agreement will see the establishment of an Association of Institutions of Higher Education, aimed at promoting more academic exchanges and joint education programmes between Japan and Russia. 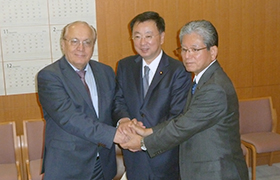 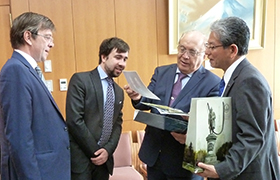