Forty-six students from China's Northeast Normal University in Jilin province visited Tohoku University on October 19 as part of an academic tour to mark the 45th anniversary of the normalization of Sino-Japanese diplomatic relations.

In total, four Chinese provinces sent student representatives to various regions around Japan to visit universities, museums and institutions which relate to ecology or disaster prevention. 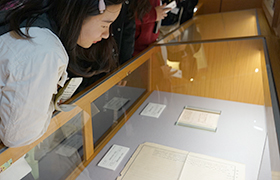 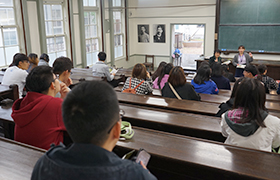 Tohoku University is especially well known in China due to its first and most famous Chinese alumnus, Lu Xun - the man regarded as the most influential figure of modern Chinese literature.

Lu Xun studied at Sendai Medical College, the forerunner of Tohoku University's Medical School, from 1904 - 1906. The University archives - which contain displays of his handwritten notes - and the lecture hall where he had classes, are popular destinations for Chinese visitors to the university.

"Coincidentally, it is the 81st anniversary of Lu Xun's death today, so visiting his classroom felt very special," said Ma Xiaotong, a biotechnology student. "He was very influential and his works continue to have a profound impact on us in China. I'm grateful that I had the chance to see the room where he studied." 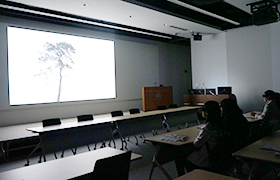 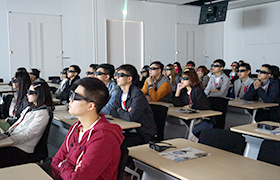 The group then headed to the International Research Institute of Disaster Science where they heard a brief lecture about disaster mitigation, and watched a 3-D documentary on the events of the 2011 Great East Japan Earthquake.

For an understanding of the work being done by the university to promote green consciousness, the students visited the Graduate School of Environmental Studies and walked around the Ecollab.

"I was most impressed with the wooden Ecollab, because the design is simple and comfortable, and the materials used are environmentally friendly," said Hu Chengzheng, an environmental science student. "It's also very quiet so I get the feeling that researchers can have a settled mind to do their research well there." 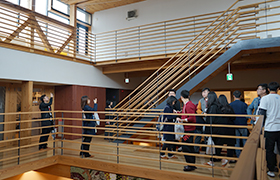 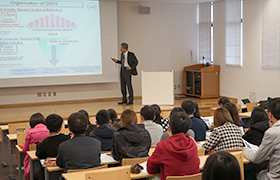 "There are so many trees here, the environment feels very good for studying," said Zhang Meng, echoing the sentiments and observations of many students on the tour. "If I have the chance, I would definitely like to come back. This campus is beautiful and the professors we met were interesting. It would really be an honour to be able to study here." 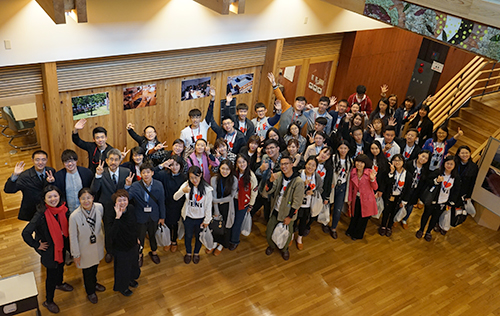