Tohoku University day down under

Tohoku University and the University of Melbourne have signed a new academic exchange agreement, aimed at further strengthening student and faculty mobility between the two institutions. 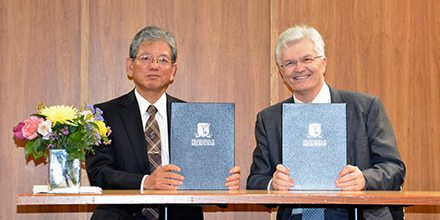 The universities had signed an agreement in 2014 to facilitate academic exchanges at the schools of Education, Engineering and Science. The new, updated agreement will now cover all departments and faculties, allowing for more exchanges and research collaborations.

"I believe that it is important for our students and researchers to not only study their field, but also be educated on a wide variety of cultures and arts, and to exchange ideas and opinions with people from a variety of backgrounds," President Satomi said in his speech. "I feel that Australia's vast natural beauty and the University of Melbourne's education and research environment make for a highly suitable choice to achieve this."

"We had really comprehensive meetings at the executive, international, educational and administrative levels to discuss how these exchanges can best benefit students from both sides," said Professor Kazuko Suematsu, deputy director of the Global Learning Center. "So we now have a very strong and practical base for future cooperation." 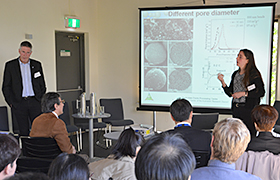 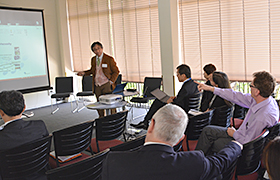 Another main feature of the event was a 2-day Research Workshop on Materials Science, a field that Tohoku University has particular expertise in. Researchers and graduate students from the university's Institute of Multidisciplinary Research for Advanced Materials met with their counterparts from the University of Melbourne, building a visible network and setting the foundations for the exchange of doctoral students through the COLABS scheme later this year. In addition to research presentations, the workshop also included lively discussions and a poster exhibition.

On the administrative front, some members took part in the Professional Development Staff Programme, aimed at diversifying their views towards university management and enhancing skills necessary for international operations. New ideas and creative solutions were shared with President Satomi and other university leaders through the participants' presentations. 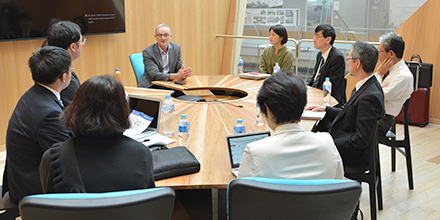 "The University of Melbourne has a lot to offer in the area of university and education management," said Professor Suematsu. "For example, although they are already highly ranked in the THE and QS World University Rankings, they are constantly reviewing and improving their student recruiting process and strategies. They are also attentive to the employability of their students and interested in how these students fare after they graduate. We can definitely learn a lot from them."

There have been 12 Tohoku University Days held around the world since 2009. There are now plans for the University of Melbourne to hold various academic events in Sendai later this year. 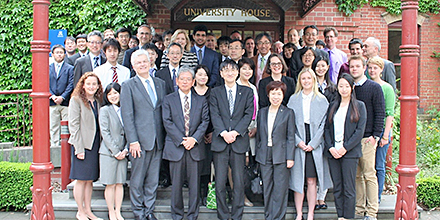