A Visit to Tohoku University by the President of Shanghai University

A delegation from Shanghai University led by its president Jin Donghan visited Tohoku University on September 29. Over two days, they toured a number of institutes and labs on campus, and had a meeting with Tohoku University President Susumu Satomi. There is a University Level Exchange Agreement between the two sides and both are keen to increase the number of exchanges across a wider variety of fields. 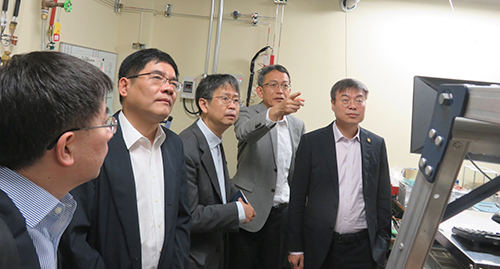 At the Institute of Multidisciplinary Research for Advanced Materials, the group had a lively discussion with IMRAM director Professor Atsushi Muramatsu, and observed the research being done at the laboratory of the institute's deputy director, Professor Hiroyuki Fukuyama. 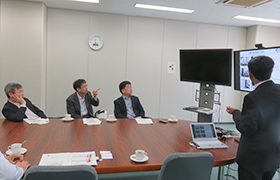 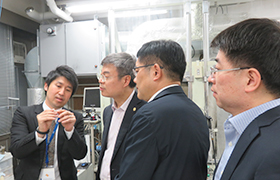 The group then had a look around the New Industry Creation Hatchery Center, as well as the Graduate School of Biomedical Engineering where they were greeted by Dean Tsunemoto Kuriyagawa. While on Aobayama campus, they also had a chance to talk to some Chinese exchange students about their experiences here in Sendai. 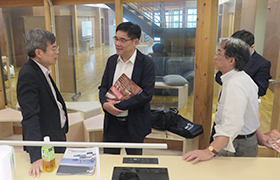 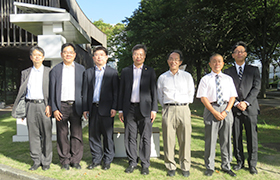 Before wrapping up their visit, the group from Shanghai met with Professor Kyosuke Yoshimi of the Graduate School of Engineering, and discussed ways for more student exchanges.