An orientation session for more than 400 new international students was held at Kawauchi Hagi Hall. Participants included both undergraduate and graduate students starting classes this fall. 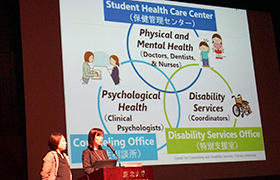 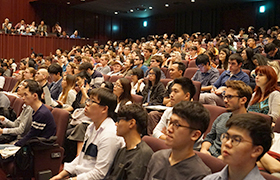 Nanae Kojima and Chiyuki Nakaoka spoke on the importance of healthcare and mental health awareness, and introduced the work they do at the Center for Counseling and Disability Services.

Minako Nakashima from the Global Learning Center highlighted the various English language resources, such as bulletin boards, this website and the university's official social media platforms. 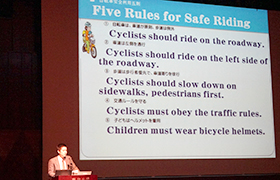 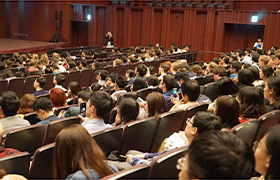 Since many students get around by bicycle, a representative from Sendai Kita Police Station was on hand to talk about the city's traffic rules and road safety, especially in winter conditions. 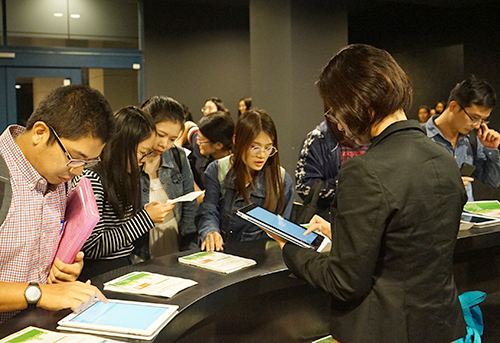 On the sidelines of the event, groups promoting campus and community outreach set up booths in the lobby. 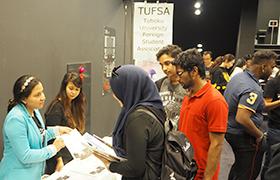 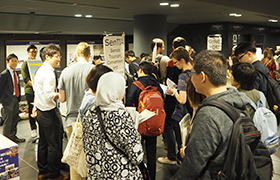 The groups reflect Tohoku University and Sendai's strong cultural diversity, and serve as a way for students to make new friends and experience a multicultural way of life.