The three-day event featured a tour of Tohoku University's Tohoku Medical Megabank Organisation (ToMMo), as well as a series of lectures exploring the impact of biobanking and biochemistry on public health and next-generation medical care. 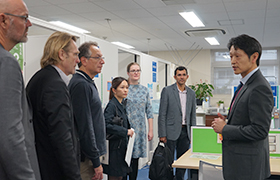 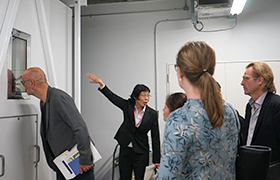 "Collaboration between biobanks using international quality control standards of sample preparation and processing, coupled with cutting edge biochemical technologies for the analyses of the biobank samples, will be key for the development of personalised healthcare and medicine using biological Big Data." 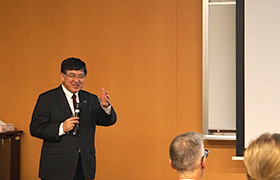 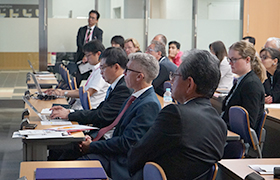 The Tohoku Medical Megabank Organisation was set up to establish an advanced system of reconstruction following the Great East Japan Earthquake of 2011. By combining medical and genome information gained from cohort studies, ToMMo has been developing a biobank aimed at improving health care and welfare in the Tohoku region.

The Karolinska Institute Biobank is Sweden's single largest centre of medical academic research. It is a major player in Scandinavian biobanking, and often described as a regional goldmine for the invaluable information collected.

"Our two institutions are doing very similar things. We share the same kind of ideals and the same vision, which is making medicine more responsive and more tailor made to individual needs," said Karolinska Institute Biobank Executive Director Mark Divers.

"I was very impressed with the quantity and quality of the biobank studies and the biochemical data being presented at this symposium," said Karin Sundström, a research associate from the Karolinska Institute. "There was so much profound experience and knowledge in the room."

A successful visit by Tohoku University President Susumu Satomi to the Karolinska Institute in 2013 led to an inaugural joint symposium held in Sendai the following year.

This second instalment of the joint symposium, held from October 2 - 4, 2017, was also significant because it represented the first major event since Tohoku University was named a Designated National University by the Japanese government.

"The university will be given more important challenges related to innovation and improvement of research and education in Japan," said Yamamoto.

"One of the core projects will be the establishment of future medicine, and ToMMo will play a major role. We believe that interaction with scientists from Karolinska Institute will provide a stimulus to fortify existing partnerships as well as generate new international collaborations." 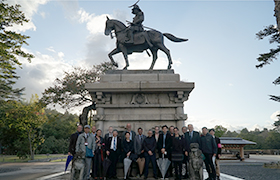 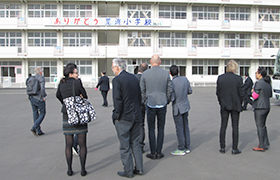 The joint symposium ended with a field trip around Sendai and to the disaster affected area of Arahama, along the Miyagi coast. It gave participants a first-hand look at the communities that ToMMo has been working with.

"The field trip was important. There are almost no natural disasters in Sweden so I couldn't truly grasp the scale of the devastation until now," said Sundström. "It was also very valuable to see how the community responded and is rebuilding itself."

The third Karolinska-Tohoku Joint Symposium is scheduled to take place in 2019.