President Hideo Ohno attended the 23rd Annual Presidents' Meeting of the Association of Pacific Rim Universities (APRU), held at the University of California, Los Angeles (UCLA) from June 23 - 25. As APRU comprises the region's leading research institutions, this annual meeting is an important opportunity for members to share and exchange ideas.

The theme this year was "Universities in an Age of Global Migration" and the event attracted about 130 academics, including 24 university presidents. Speeches and panel discussions focused on the trends of people movement in the region, the impact on climate and social change, and the push for more diversity on campuses. 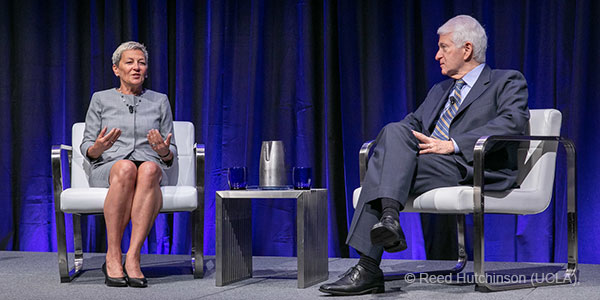 She urged universities to encourage a global mindset among students through international exchange and exposure to different cultures. She gave a personal anecdote based on a homestay experience she enjoyed in the Japanese city of Kesennuma. 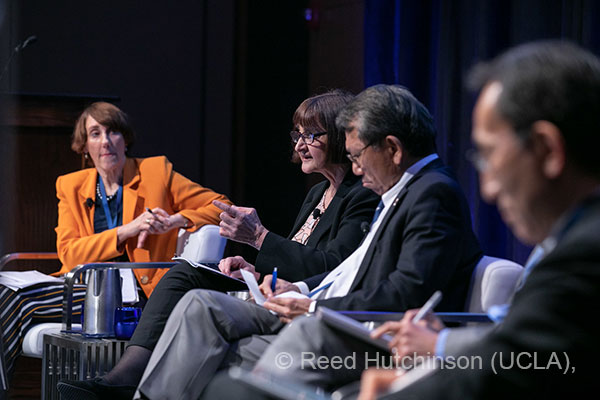 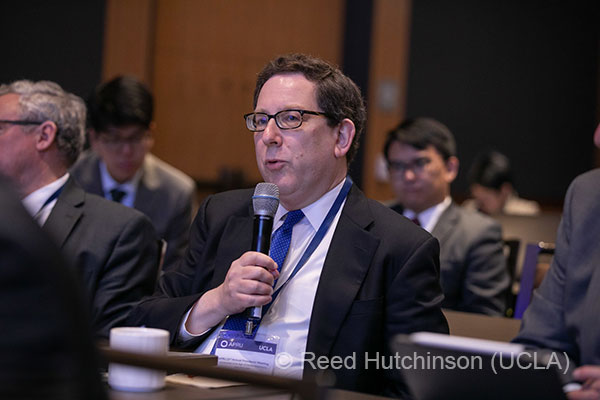 President Ohno took part in one of the two panel discussions that followed. He outlined the issues surrounding migration and diversity in both Japan and at Tohoku University. 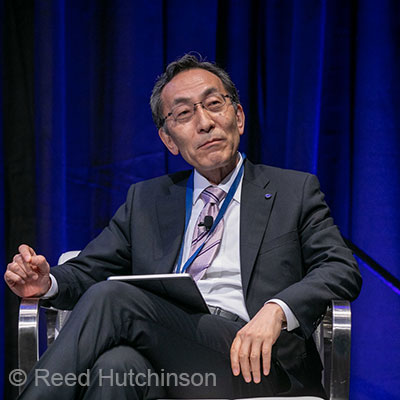 As the population in Japan is largely homogenous, he said, universities are increasingly looking at ways to create a more multicultural environment for students. At Tohoku University, these include a wide range of exchange programmes and international collaborations in research.

Next year's Annual Presidents' Meeting will be held at the University of Hong Kong from June 21 - 23. 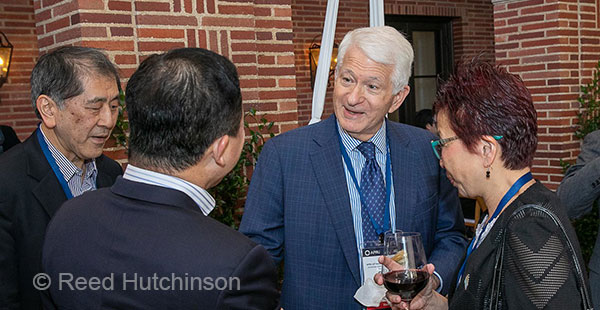 On the sidelines of the APRU Meeting, President Ohno and Executive Vice President Toshiya Ueki met with the Chancellor of UCLA Gene Block. Both sides agreed to collaborate on a new international platform for disaster risk research, working through Tohoku University's International Research Institute of Disaster Science (IRIDeS) and UCLA's Department of Architecture and Urban Design.

Director of IRIDeS Fumihiko Imamura and Tohoku University alumnus Hitoshi Abe, who is chair of UCLA's Department of Architecture & Urban Design, will get together to discuss further details. 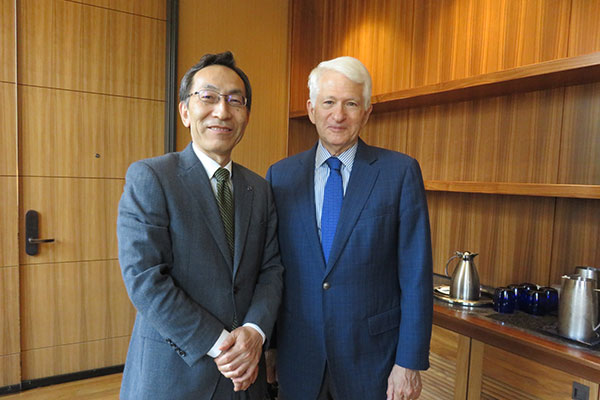 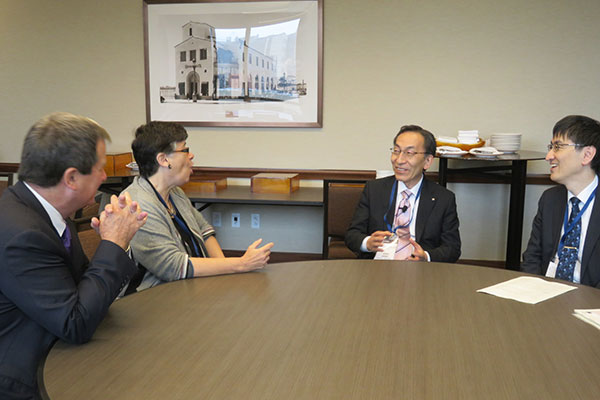 President Ohno and EVP Ueki also met with Ana Mari Cauce, President of the University of Washington. They spoke of the success of the Academic Open Space agreement, signed in 2017, and noted that exchanges between the two universities have produced positive and significant results.

They discussed the possibility of more collaborations, and joint activities when building of the new synchrotron facility at Aobayama campus is completed. 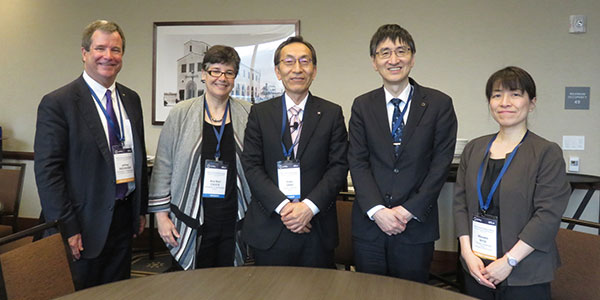 APRU was founded in 1997 to bring together premier research universities around the Pacific Rim region to foster cooperation in education and research, in areas including, but not limited to, economic development, science and technology, human resource development, education and environmental protection. Currently there are 48 member universities from 17 economies. Tohoku University joined in 2008 and served on the Steering Committee from 2015 to 2017.