The "Architecture and Urban Design for Disaster Risk Reduction and Resilience" (ArcDR³) initiative held an exhibition and symposium in April, to showcase the final set of their three-year project to develop disaster-responsive architecture and urban design. 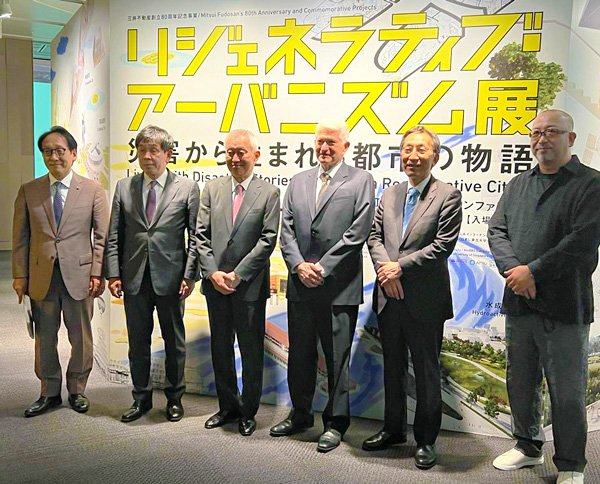 ArcDR³ is a global partnership established in 2019 by IRIDeS at Tohoku University, xLAB at UCLA and Miraikan, the National Museum of Emerging Science and Innovation in Japan.

Under this initiative, 11 major universities from regions familiar with recurring risks of natural disasters engage in a practical "design studio," to explore new strategies for risk-resilient environments across the Pacific Rim. 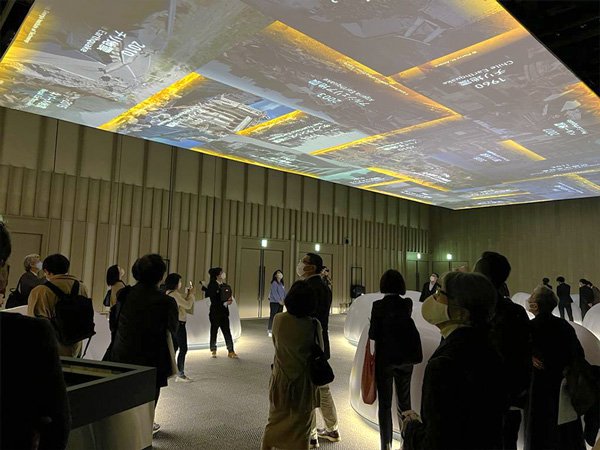 According to renowned architect and Director of UCLA's xLAB Hitoshi Abe, "Regenerative Urbanism" is a new paradigm of urban design aimed at addressing the threat of increasingly frequent natural disasters due to climate change. Stories of seven virtual cities were presented at the venue. Each reflected lessons learnt from recent disasters such as the Great East Japan Earthquake and offered solutions to various risks around the world.

Among those who attended the preview just ahead of the launch were UCLA Chancellor Gene Block, Tohoku University President Hideo Ohno, IRIDeS Director Fumihiko Imamura, various organizers and sponsors, and members of the media.

In concert with the exhibition, a symposium was held on April 9.

Architects, researchers, and experts representing various fields within the ArcDR³ network discussed the concepts behind the design studios which were the foundation for the seven explorations of future risk-resilient cities displayed in the seven wells of the exhibition. 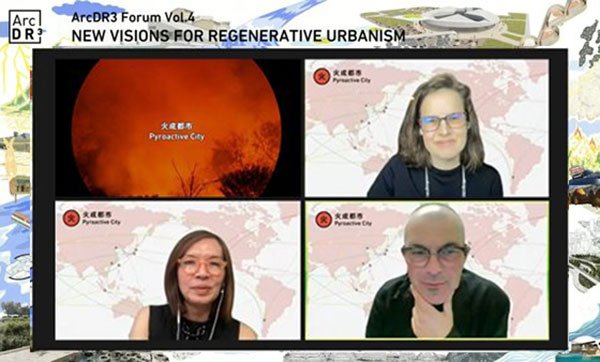 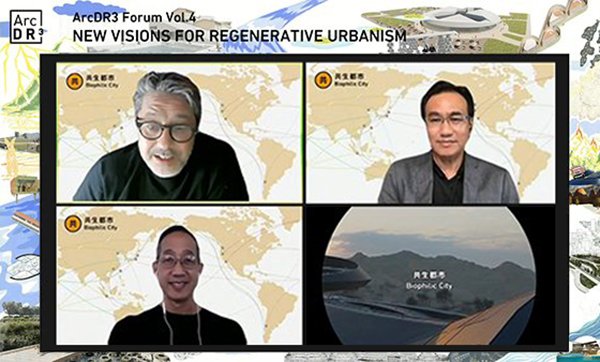 Details of all seven reports can be found on the ArcDR³ website.

In a parallel session, four experts gave lectures on different approaches to resilience. 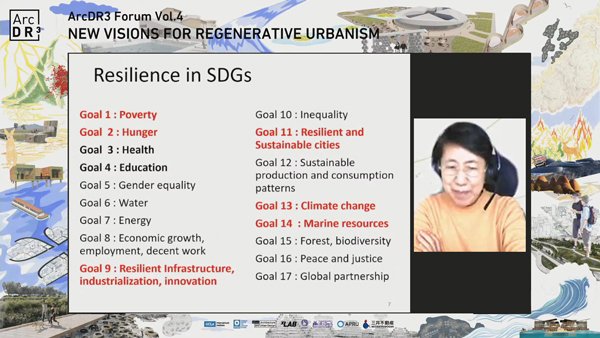 According to Junko Edahiro, President of the Institute for Studies in Happiness, Economy and Society (ISHES), "we need to ensure high level of internal resiliency in ourselves in order to not be crushed by external forces. Key words include empathy, community, knowing when to ask for help, adaptive management and the effective use of technology, and being humble towards nature and ecology."

"Some of the questions we were asking here was how to connect the histories of individuals, small groups of people and communities, to the larger urban design ideas," she said when explaining the concept behind DC Loci. "We can see the city as a metric and a unit unto itself, but we can also see it as the accumulation of these individual stories and histories. So we were trying to create a device to connect the two scales." 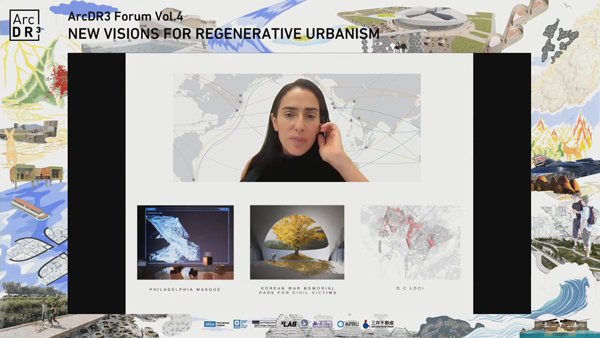 In the lively discussion that followed, she added that "we really don't see nature and human-made things as separate. Nature is a human construct and we have also transformed the environment to a degree where it is very much living on the effects of human action. So our work is never on the distinction but the relationship of the two."

Machiaki Matsushima, Head of Editorial Content at Wired Japan, spoke of resilience through the evolution of technology. "Even without Thomas Edison, the incandescent lightbulb would probably have been invented anyway; and without Steve Jobs, we may not have the iPhone, but smart phone technology would inevitably be in the hands of humans," he said. "It's evident that technology evolves like human beings." 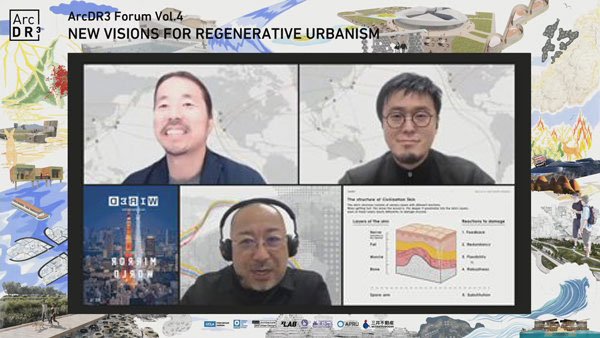 And Nosigner President Eisuke Tachikawa used skin as a metaphor, equating the nerve, fat, muscle and bone under a person's skin, to the feedback, redundancy, flexibility and robustness of a city's resilience.

"In urban survival, disaster alarms are one example of feedback, while buffers prevent danger from becoming intrinsic damage," he said. "Flexibility, like muscle, is about resisting forces. And even if muscle is damaged, the bone might not be broken. So designing structures to be sturdy is important in survival strategies because robust structures protect themselves."

The four-hour event closed with remarks from Yoshikazu Kitahara of Mitsui Fudosan, who thanked the participants for their insightful presentations, and added his hope that everyone will be able to meet in person next time.