Career Networking for the Globally Minded

The Japan External Trade Organisation (JETRO), Tohoku University and DATEntre co-hosted Career Connect on June 19, a networking event to bring together students who have international experience, and companies looking to recruit global talent.

"We help foreign companies enter the Japanese market, and help foreign affiliated companies that are already in Japan to expand their business," said Matt Stephens of JETRO. "And one of the things our clients always say is that it is difficult to find the right global talent in Japan - either good international students or Japanese students who have strong bilingual abilities and bicultural experience.

"So in order to address that challenge, we created this programme with Tohoku University, University of Tokyo and Tohokyo Institute of Technology to provide a forum where these companies and students can find each other and exchange information." 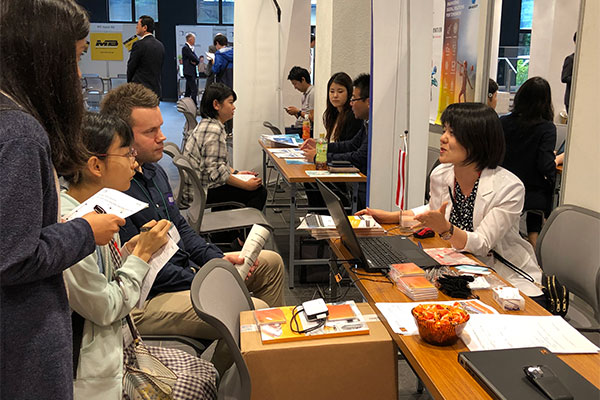 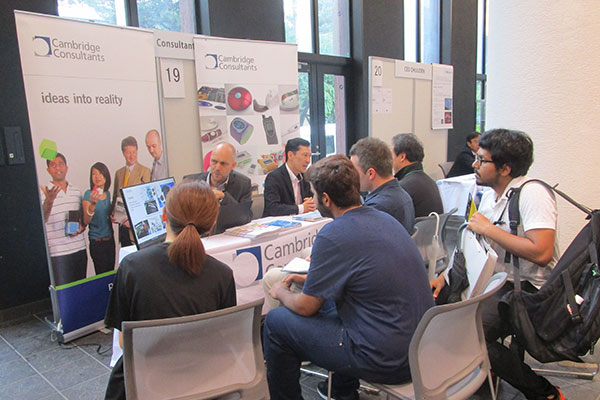 About a hundred students and 20 major companies participated in the event at Katahira Campus.

"The companies I spoke to seem genuinely interested in hiring foreigners so the conversations were productive," said Federico Ogas, a science student originally from Argentina. "Although my major is not directly related to many of the companies that are here, it was still a very good experience talking to them. I learnt a lot that will be useful later in my job search."

"I was lucky and found out about an internship opportunity," said Le Thi Cam Tu, who is from Vietnam and currently studying earth science. "I accompanied my friend here so I wasn't expecting anything. But I managed to find out about positions that I wouldn't have known about otherwise." 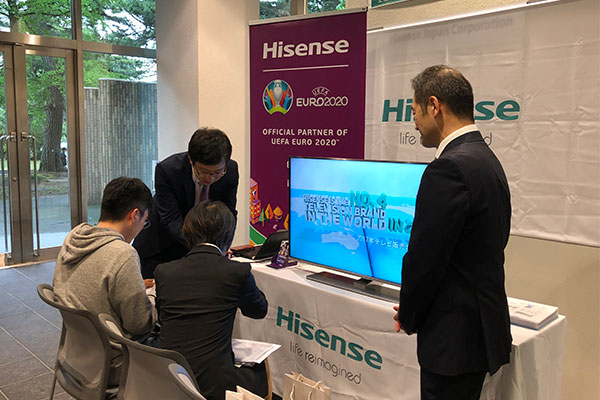 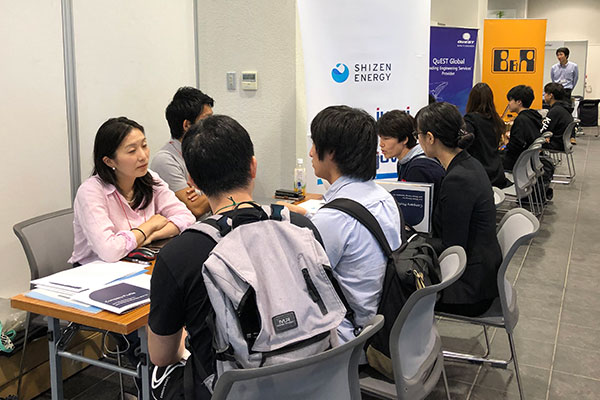 And it wasn't only international students who found the event useful. Japanese law student Kurumi Sato is hoping to find a job overseas after graduation. "I've just returned from a year abroad in Finland and it was a really great experience," she said. "I'm hoping that after I graduate I can work in a foreign company, or one with an international environment."

Many of the represented companies said they were impressed with the questions the students asked and their attitude towards learning and training. They also stressed the importance of being effectively bilingual.

"Even the foreign affiliated companies in Japan are actually very Japanese. Most of the employees are Japanese, meetings are in Japanese, documents are written in Japanese," said Stephens. "So realistically, for foreign candidates to have a good chance of getting hired, they really need to have strong language skills and the ability to converse and function in a Japanese office. It's useful for students to hear from companies about the workplace environment and expectations at events like this." 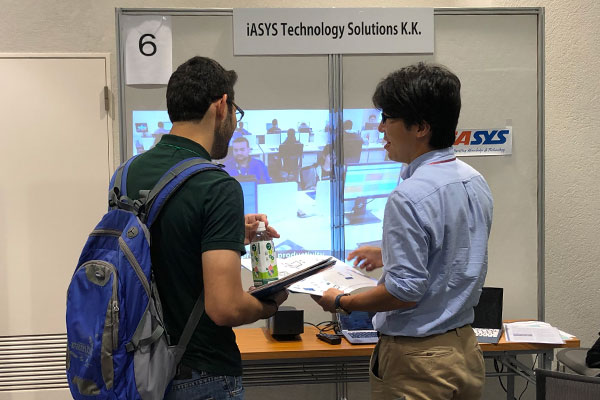 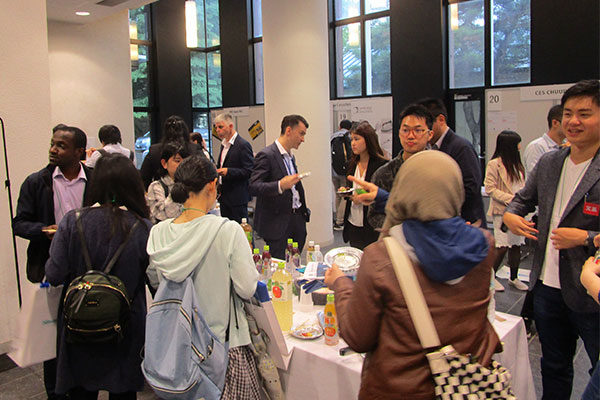