Japanese startup Ball Wave Inc. presented its breakthrough technology at the final of Falling Walls Venture 2017 in Berlin on November 8.

Ball Wave Inc.,is a startup venture based on research that originated at Tohoku University. Its ball surface acoustic wave (SAW) sensor - which can detect very minuscule amounts of impurities in gases - was first developed at the university's New Industry Creation Hatchery Center by a team led by Professor Kazushi Yamanaka.

More recently, the company's trace moisture sensor has been attracting attention in the semiconductor, as well as oil and gas, industries. 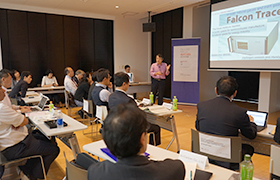 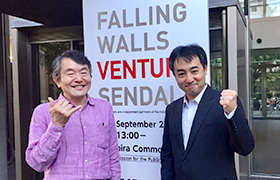 Hiroshi Yoshimura, management professor and special advisor at Tohoku University's Center for Innovation and Business, alongside Yusuke Tsukahara. co-founder and COO, represented the company as they made their final presentation at the British Embassy in Berlin. Their innovation attracted positive reactions from an international jury of entrepreneurs, scientists and journalists. 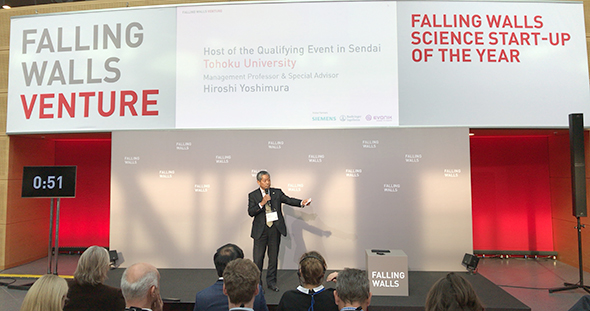 This year, a total of 24 science based startups from around the world were invited to present their ideas at Falling Walls Venture 2017. German entry Jenacell won the "Science Startup of the Year" award for its pure cellulose wound dressing.

Alga Life, from the UAE, received honourable mention and the young innovator award for its environmentally-friendly and biodegradable ink.

Falling Walls Venture is part of the annual Falling Walls Conference that started in 2009 on the 20th anniversary of the fall of the Berlin Wall. It is an annual showcase for innovation and ideas for social change that attracts hundreds of international decision makers, movers and shakers. 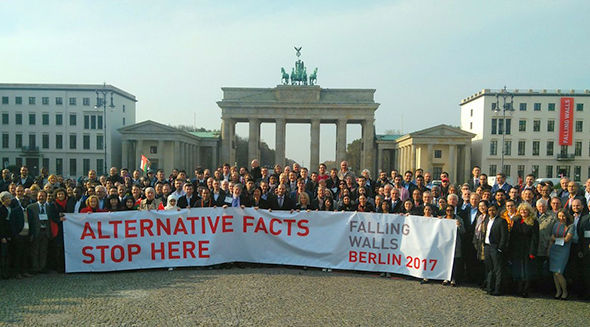