Tohoku University held its 2017 Global Initiative Seminar in October, with a couple of lectures by Professor John K. Hudzik, a leading proponent of Comprehensive Internationalization and a well-known figure in the internationalization of higher education.

Speaking to the university's administrators, faculty and staff - including President Susumu Satomi and President-elect Hideo Ohno - Hudzik outlined the concept of Comprehensive Internationalization with regards to trends in universities worldwide.

He said that a major driver of internationalization is the way local conditions are increasingly affected by global factors such as market economies, communicable diseases and environmental issues. The rising cost of top level, cutting edge research has also meant that few institutions can now afford to pursue high impact innovation on their own. 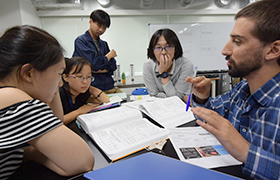 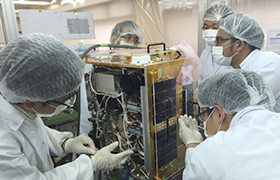 In many cases, therefore, internationalization has led to improvements in the quality of education and learning, the strengthening of research capabilities and increased industry-academic collaboration and contributions to society. But since it is a long term commitment to continuous adjustment, the challenge is in maintaining a successful integrated strategy.

"So how do you introduce change if people don't want to change? You begin with small manageable steps that are far less threatening than changing everything at once," said Hudzik.

He added that many people and institutions use tradition as an excuse to not do anything because they don't want to be bothered by the consequences of change. "That's a failure of leadership. Leadership has to understand where the forces are leading things. While it's true that too much change at once might destroy an organization, not changing at all will almost definitely destroy it." 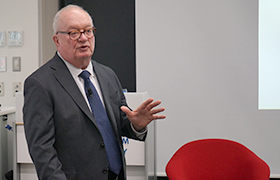 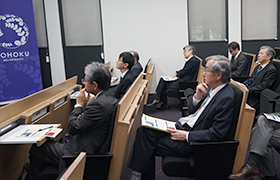 In his lecture, Hudzik drew on his many experiences at Michigan State University, where he was vice president for global engagement and strategic projects, acting provost and dean of international studies and programs.

Asked what advice he would give Tohoku University's evolving internationalization efforts, he said that although the university already has a very good reputation for being internationally engaged, it can be even stronger. 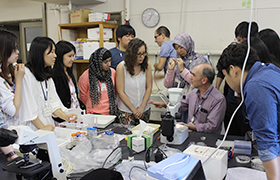 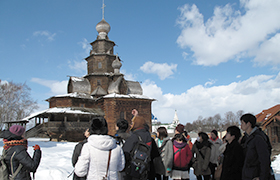 "Have more collaborative projects from a true partnership point of view - all players contributing, all players being advantaged. For example on the academic side, you can have dual or joint degrees where some of the curriculum is offered here and some are offered at a partner institution. If you divide up who's best at what, the students will benefit from a more enriched programme with access to more talent.

"And beyond academics," he added, "collaborations between institutions have been known to lead to extraordinary possibilities, so there's so much to gain from doing it."