Sub-culture, History and Race: Two Weeks in the American South

The students learned about sub-culture and factors that affect it, such as history and race, by looking at Charlotte's past and present. 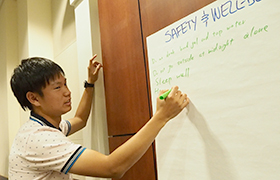 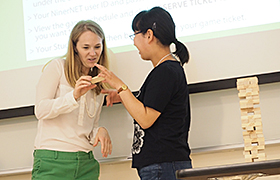 They studied English at the University of North Carolina at Charlotte (UNCC) and received guest lectures from faculty members there. They also learned about the history and distinct sub-culture of the American south, including its dialect and cuisine, from Dr. Ryan Spring, the faculty coordinator from Tohoku University.

The students had many opportunities to interact with local and foreign students at UNCC, which helped them to understand sub-cultures better, and use their English skills practically. 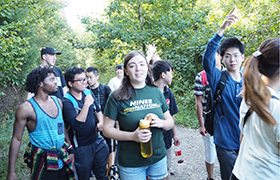 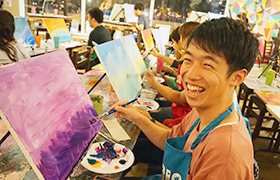 Tomoki Sekimori noted an improvement not only in his English ability, but also his motivation to learn. "I wasn't comfortable speaking English before this program," he said, "but once I was in a situation where I had to, I realized how fun it was to communicate in English."

As part of their studies, students took field trips to local museums, historical sites and even had the opportunity to visit a Native American village, where they learned about the history and culture of the Cherokee Indians who are native to parts of North Carolina. 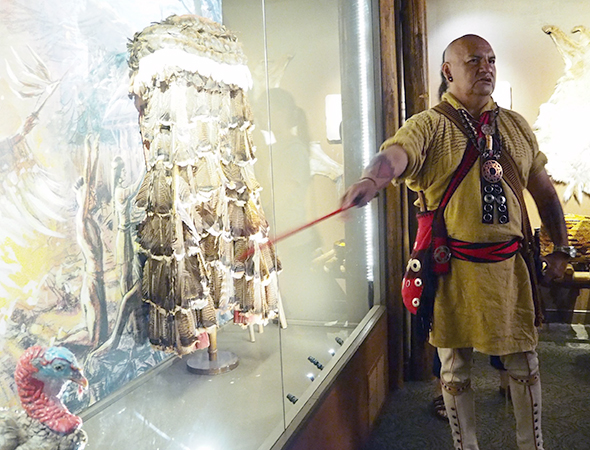 To maximize their cultural exposure while on the program, the students were tasked with creating new experiences for themselves - specifically, to try something they'd never done or wouldn't normally do in Japan. Among the activities the students chose were - going to a swing dance party, attending an American football game and even running in a local marathon race.

Through the program, the students learned how race and history have helped to shape the sub-culture of the American south, and students could reflect on these experiences and relate them to their own lives. Nanako Mikami said that she "not only learned about American culture, but also really learned a lot about myself." 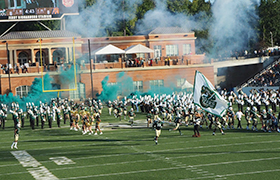 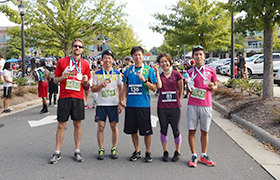 UNCC and Tohoku University have been partner universities since 2014. What began as a few exchanges and Study Abroad Programs, has now expanded to include collaborative research, a Skype language and culture exchange, and now, a faculty led program.