The 2017 Japan-Russia Student Forum in Vladivostok

The Japan-Russia Student Forum was held at Far Eastern Federal University in Vladivostok from September 4 - 8. Taking part were 24 participants from 12 Japanese and two Russian universities.

The forum comprised a mix of group discussions and cultural activities. The discussions, held in English, explored ways for future collaboration between Japan and Russia in areas such as medicine, economics, agriculture, education and culture. 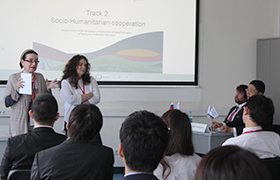 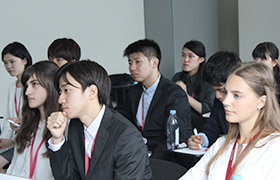 In the latter part of the week, the students had the opportunity to get to know each other better through group excursions to Vladivostok's famous museums and aquariums.

Okuno delivered the opening speech on behalf of the Japanese universities, and shared his experiences working on joint research projects with Russian help. Okuno works at the Maruta and Nakamura Laboratory at Tohoku University's Institute of Fluid Science.

Hakoda, using her expertise in rice production, gave a presentation on increasing economic and cultural exchanges between Japan and Russia.

Ideas and proposals from the discussions were delivered by a student representative group at a plenary session of the Japan-Russia Student Forum, attended by ministry officials and senior university personnel.

Tohoku University President Susumu Satomi also spoke at the session, in which he encouraged the students to take on the challenge of building a new era of Russo-Japanese friendship. "Everyone who participated in this Japan-Russia Student Forum is a front runner in the next generation of exchanges between our two countries," he said. 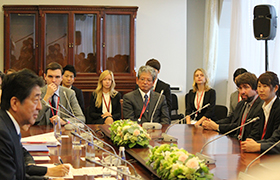 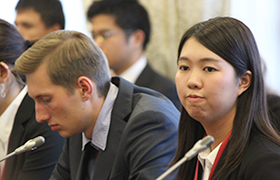 The results of the Student Forum were presented as a joint proposal for action by student representatives of both countries to Prime Minister Shinzo Abe, who met with the students on September 7. 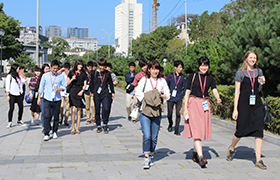 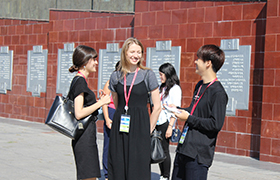 The event was a chance for members to meet ahead of the establishment of the Association of Institutions of Higher Education of the Russian Federation and Japan next spring. The first General Assembly of the new organisation will take place at Hokkaido University in May 2018.