The 50th anniversary of the moon landing has reignited interest and nostalgia in NASA's Apollo programme. And many of those involved in the missions that sent men to the moon have been sharing their inspiring stories around the world.

Dr. Anthony England, who is currently the Dean of Engineering at the University of Michigan Dearborn, was the youngest astronaut ever hired at NASA, and was among the last to work on the Apollo missions. 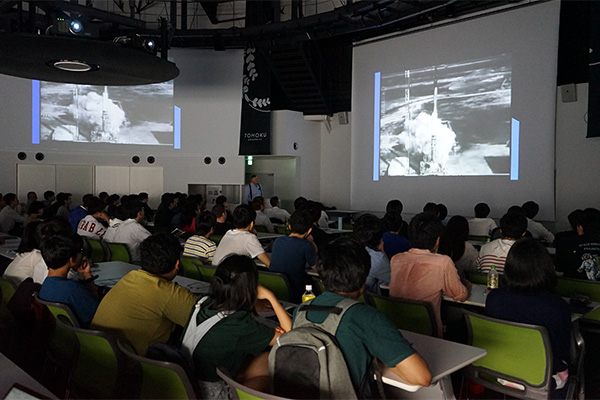 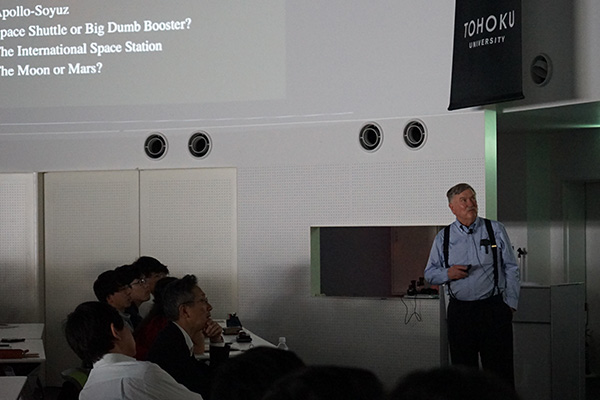 He gave a special lecture at Tohoku University on June 6, speaking of the ups and downs at NASA during its early years, and his work as a mission scientist on Apollo 13 and 16.

Apollo 13 was to be the third manned mission to land on the moon, but was perhaps best known for the dramatic rescue of its crew after an oxygen tank explosion crippled the service module two days after the craft was launched. The event was detailed in the 1995 Ron Howard movie Apollo 13, which England described as "surprisingly, very accurate." 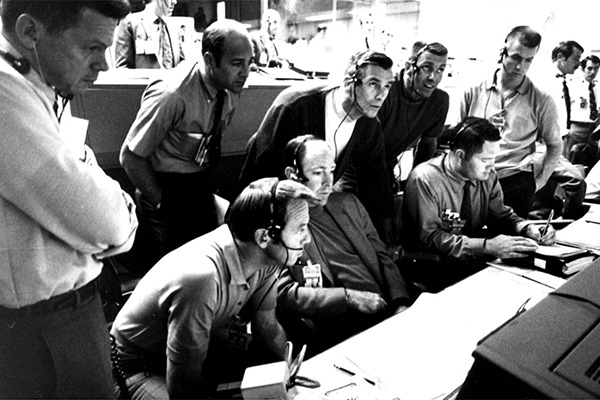 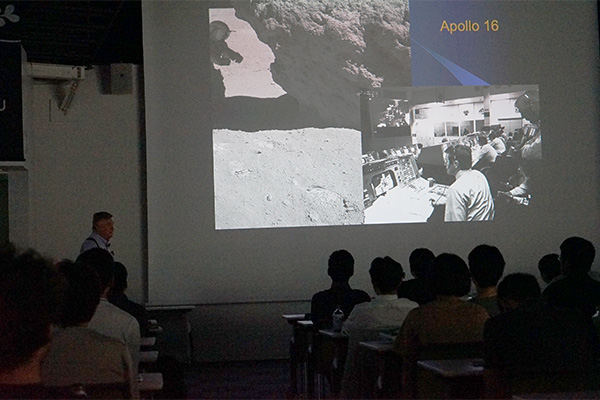 In his lecture, England spoke of how Mission Control spent six days trying to bring the crew safely back to Earth. When there was critical need to repair the carbon dioxide removal system, England was the one who wrote the procedure to build the CO2 scrubber that enabled the astronauts to have enough oxygen to stay alive.

England also spoke of his life-long love of science, and his own journey into space as a mission specialist on the Challenger Space Shuttle Mission 51-F (Spacelab 2) in 1985, focusing on solar astronomy and plasma physics. 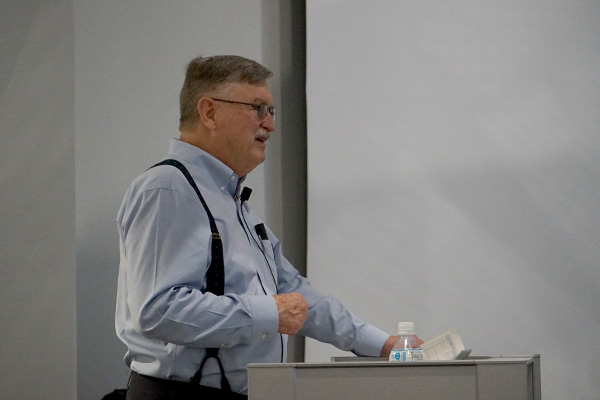 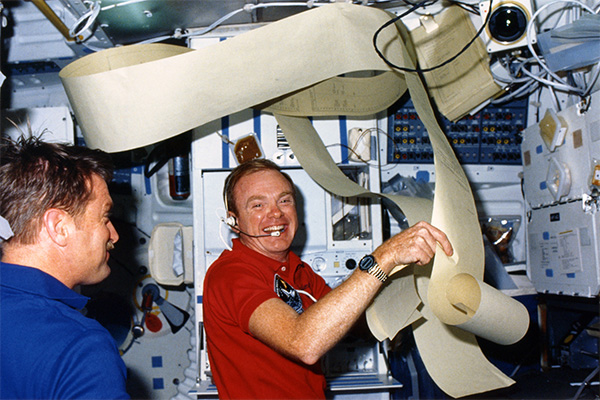 In the lively Q&A that followed the lecture, England answered questions ranging from his favourite food in space ("I craved spicy food") to how he felt the first time he saw Earth from above ("The view was just fantastic. You see the Earth in 3D, not like a map, and it's really truly beautiful.")

Perhaps unsurprising from an audience of some 150 students, England was asked what they should do to land a job at a space agency. His advice was to "get some hands-on experience." Rather than a Ph.D., he said, it is more important to have genuine passion for the work. He gave the example of working with enthusiastic students in the university and building satellites in the Arctic. "People say life must be dull after NASA, but I don't find that at all. As long as you work on things that you are passionate about, you don't have to be an astronaut to have an interesting life." 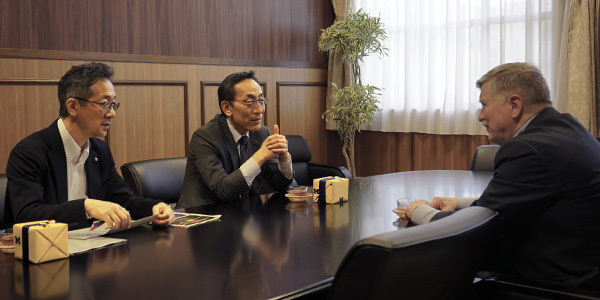 Aside from the lecture, England met briefly with University President Hideo Ohno, and also visited the Graduate School of Engineering where he toured several laboratories and heard about the research currently being done in antennae and spintronics.

He also spent some time at the Space Robotics Lab where he saw lunar rovers, planetary cliff-climbing robots and listened to a presentation on the lab's micro-satellite development activities. 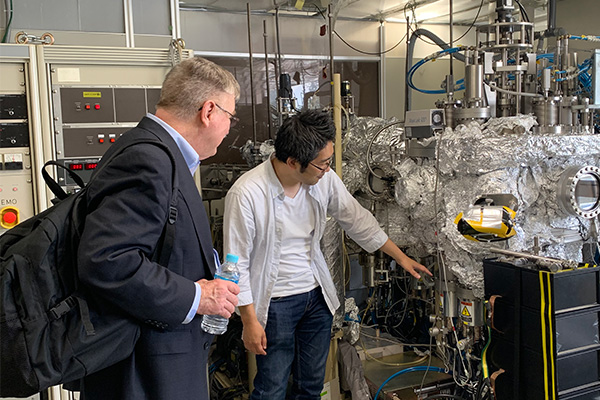 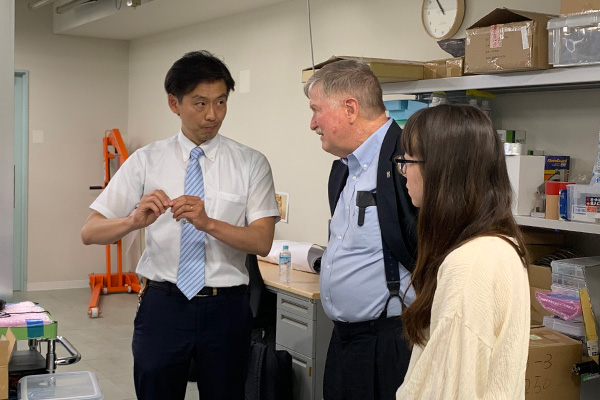 "He was interested in the application of the climbing robot and the wheeled lunar rover tether for exploration of lava tunnels on the surface of the moon. He asked about the location of the entrances to the tunnels, and our mission design and approach for their exploration," said William Jones, a Ph.D. student at the Space Robotics Lab.

"It's a privilege to meet anyone who has been to space, and Dr. England is no exception," Jones added. "I've been interested in space exploration for as long as I can remember and the Apollo programme played a large part in that. Like Dr. England, my passion for space exploration has led me on a fantastic path through life, working with inspirational people who share the same goal - to explore the universe!" 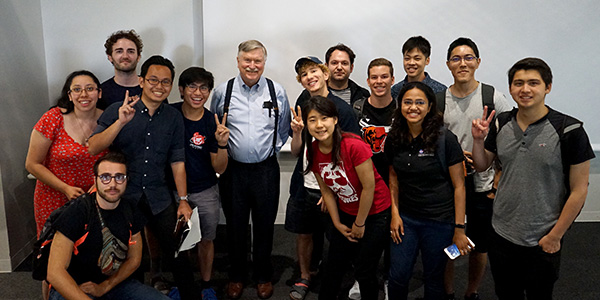