Tohoku University has continued its collaboration with Thermo Mug - well known makers of thermal receptacles that keep beverages cold in the summer and hot in the winter - to produce a specially designed flask to commemorate the university's 115th anniversary.

The new flasks - which come in two colours, white and purple - feature the university's bush clover logo and will be individually numbered. There will be 115 flasks of each colour available. 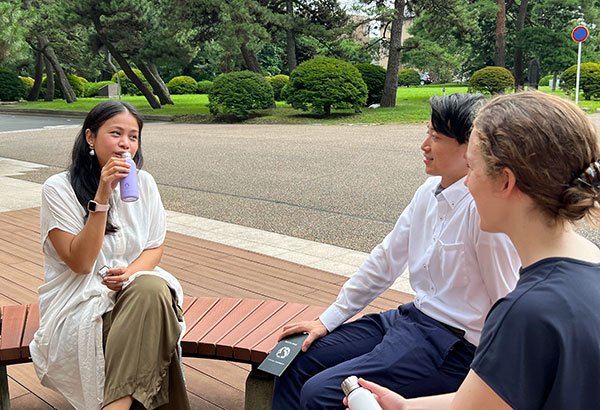 Like before, these branded Thermo Mug flasks are part of Tohoku University's campaign to reduce the amount of one-use plastic products on campus by encouraging students and faculty to carry a flask instead of buying drinks in PET bottles.

Co-op shops on all four campuses will begin selling these new flasks, from August 8.

Tohoku University × Thermo Mug "Smart Mini Eco Bottle"
Where: Co-op shops on campus
When: From August 8, 2022
Specs: 190ml, white and purple
Price: 2,500 yen (tax included)
A portion of the money from the sales will go towards the Tohoku University Fund

For more information about the flasks, and other items produced by the Tohoku University Fund, please visit: https://www.kikin.tohoku.ac.jp/news/news_detail/view_express_entity/20