The six member universities of the HeKKSaGOn Consortium gathered in Sendai from April 16 - 17 for the 4th German-Japanese University Presidents' Conference. 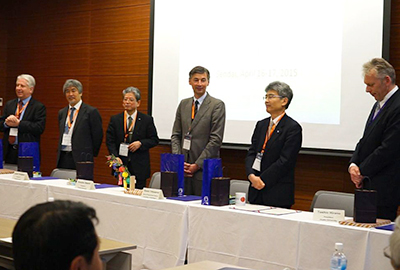 Representatives from the member universities of HeKKSaGOn

Hosted by Tohoku University, the talks centered around the theme of "Building Venues for the Creation of New Knowledge and Values," and served as a platform for members to exchange ideas and promote research cooperation across a wide range of academic fields.

"It's important to bring together the national communities. But to get new ideas going it has to be international," said Prof. Edwin Kukk of Tohoku University's Institute of Multidisciplinary Research for Advanced Materials.

"It's very nice to see and meet people again," said Prof. Stephan Huckemann, from the Institute for Mathematical Stochastics at the University of Gottingen, which hosted the last conference a year and a half ago.

Picking up where Gottingen left off, the following sessions were also held this year: 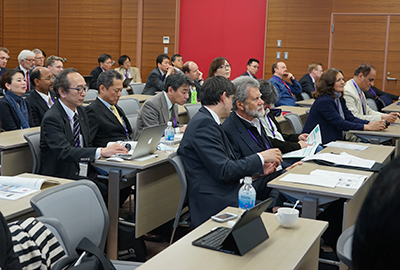 Participants at the conference gather for working group presentations

Researchers said they were encouraged by the progress made in the working groups, especially in addressing modern challenges faced by people around the world.

"Without implementing the technology in the society, we can do nothing. It's just research," said Prof. Kazuhiro Kosuge of Tohoku University's Graduate School of Engineering. "So to give impact to society, this collaboration is very important."

For Prof. Huckemann, whose field includes the application of fingerprint analysis, one challenge which has not yet been met is the full biological explanation of how fingerprints are generated. "There are some models around," he said. "But we developed a test where we can test whether it forms a realistic fingerprint, and all the models around do not, they actually failed the test."

But he believes that through the recent combined expertise of the HeKKSaGOn members, a breakthrough can be made. "Here is a big expertise of people who do models and partial differential equations," he said. "So in a collaboration, I hope we can generate more realistic fingerprints which would then be needed if you want to test algorithms on a database of a thousand or a million fingerprints."

In addition to research, the issue of funding was also at the forefront of discussions at the conference. "HeKKSaGOn is driven only by the persons who are doing the work, who are meeting and discussing, " said Prof. Tamim Asfour of Karlsruhe Institute of Technology. "But in terms of finance and support, this is still very limited."

To raise support for the consortium's research activities in the field, participants considered ways that member universities can work together with funding agencies in Japan and Germany. According to Prof. Asfour, these include submitting proposals for more joint, coordinated research.

At the end of the 2-day conference, the presidents of the six member universities signed a joint statement, to put into practice a plan going forward.

Specifically, they pledged to monitor and promote the achievements of the current working groups, while exploring the possibility of establishing new groups. Figures on student and researcher mobility will also be compiled and assessed.

Acknowledging the need to nurture new talent, extra efforts will be made to involve young, up and coming researchers in future HeKKSaGOn activities. And the possibility of credit transfer and collaborative educational programmes will also be considered. 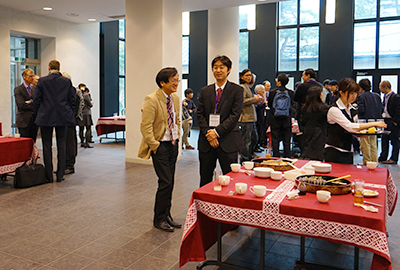 The network was established in 2010 to create a brand mark for research collaborations amongst German and Japanese universities. According to Prof. Kosuge, it's a partnership that works because both countries have a very strong industrial background, "which means that we can directly bring our results to the industry."

The next conference is scheduled for 2016 and will be hosted in Germany by Karlsruhe Institute of Technology. 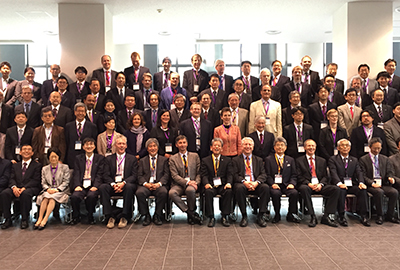