Katahira campus' famous cherry blossom trees are in the spotlight this April, as the university kicked off its 115th anniversary celebrations with a special sakura light-up on April 11.

Every night until April 18, the large cherry blossom tree in the centre of campus will be lit using power drawn from a Nissan electric car, to create stunning views of the flowers. The use of the electric car is a nod to the university's Green Goals Initiative which, among other things, aims to achieve carbon neutrality on campus by 2040. 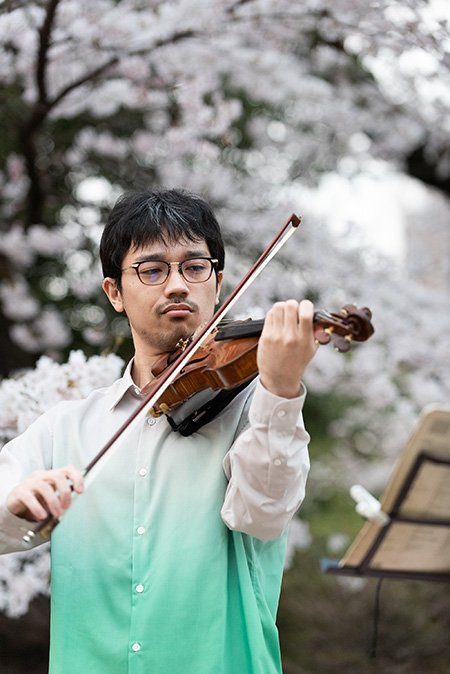 At the lighting ceremony, Rintaro Miyashita, a profesional violinist and forth-year student at the Faculty of Medicine, set the mood with a beautiful performance of Bach's Partita III Prelude, Elgar's Salut D'Amour, Kreisler's Syncopation and Ponce-Heifeiz's Estrellita (My Little Star).

Miyashita, who's part of the student-led Kyo Yu Project that aims to bring music to hospital patients, said he chose the four songs for the emotions they evoke. "There's a feeling of love when you are at hanami with someone important, and a feeling of excitement when the trees are in full bloom. But there is also a loneliness when the flowers are gone. So I wanted to play music that reflect all these different feelings."

As the sun set, Tohoku University President Hideo Ohno, and Katsuko Kozuka of Nissan Motor Company's North Japan Regional Sales Office - which provided the Nissan LEAF electric vehicle that was the power source for the event - led the crowd in a countdown to the official light up.

This year marks 115 years since the founding of Tohoku University. Over the next 12 months, there will be various programmes to celebrate the university's achievements, as well as projects to engage students and staff, and to strengthen ties with alumni around the world.

"It's fitting that we are starting with an event that really shows Tohoku University's spirit of open doors," said Noriko Osumi, VP of Public Relations and the Promotion of Diversity. "Everyone in our community is always welcome to come to our campus and enjoy the cherry blossoms with us." 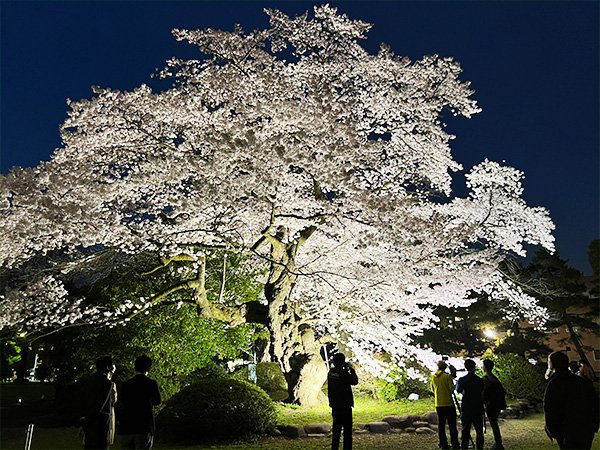