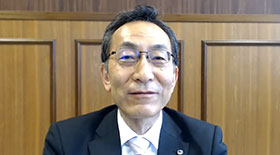 President Hideo Ohno was on hand for both sessions. He highlighted Tohoku University's recent achievements, and introduced some of the operational changes that have taken place due to the COVID-19 pandemic. "Through this 'new normal' that we are living in, we've learnt that we can use technology to get connected, give lectures and do many other things like this event, to bring our community closer together," he said.

During the group discussions that followed, participants talked about ways international students can stay in touch after leaving Japan. 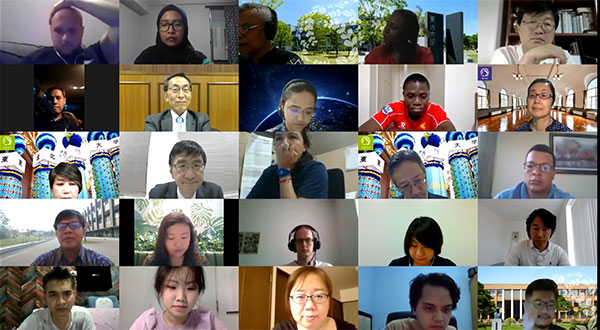 Many suggested a newsletter in English, with updates on what's going on at the university, while some also considered a dedicated social media account. "We had the idea of having a closed Facebook group or LinkedIn group, or somewhere where members can post information about jobs, news about the achievements of members, or maybe just share interesting ideas," said Melita Menelaou of Cyprus (AIMR, 2017).

Almost everyone expressed hope that the Alumni Association will open chapters in more countries, and hold regular activities outside Japan. Professor Kazuko Suematsu, deputy director of the Global Learning Center, called on any former student who is interested in starting or leading a chapter, to get in touch. 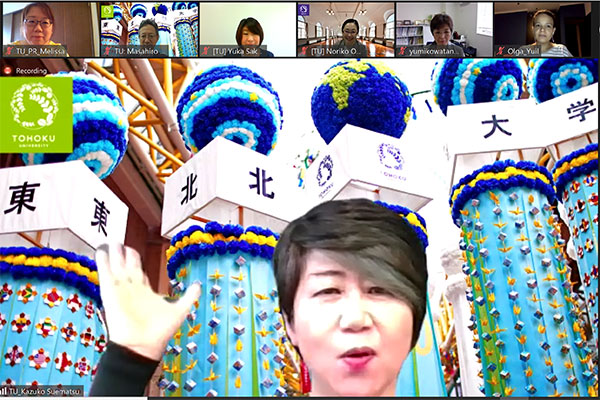 Participants also talked about starting a Tohoku University alumni database or directory so that members can find each other. And there was great interest in helping current students through mentoring and networking programmes.

"With a map or directory, exchange students from Tohoku University can get in touch with alumni when they are abroad," said Adrien Pierard from France (Graduate School of Information Sciences, 2012). "For example, if they're studying in a university near me, they can contact me. It might help them to know that there's someone they can talk to if they go to a new country."

There was also a lively discussion about ways to better promote the university abroad, such as making Tohoku University branded goods available for sale online. "In America, lots of people wear sweaters and T-shirts with their university's name," said Pierard. "I think it would be good to have more people on the streets wearing Tohoku University T-shirts!"

Other ideas included getting involved in events and festivals organized by Japanese embassies abroad, and holding Massive Open Online Courses (MOOC) in English that students unfamiliar with Tohoku University can sign up for.

Of course, no alumni event would be complete without memories and anecdotes. 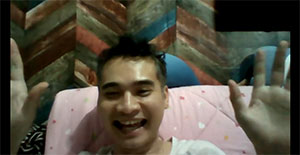 "I lived five years there with my family," said Indonesian Anindya Wirasatriya (Graduate School of Science, 2015) "My son was born there and he even has a Japanese name, Kentaro. So Sendai is my second hometown."

"My special memory was the commute from Kawauchi campus to my lab on Aobayama," said Julian Rick from Germany (COLABS, 2016). "It was very beautiful with all the trees and flowers. I really enjoyed walking up the hill."

Even challenging experiences were recounted with fondness, such as struggling to speak Japanese while shopping at the convenience store, and surviving the long winters. "I remember a lot of snow," said Malaysian Nur Aini Apili (School of Engineering 2010) "All the heavy snow days!" 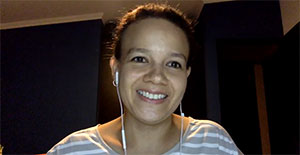 For Olga Yuil from Panama (Graduate School of Engineering, 2012), even experiencing the Great East Japan Earthquake did not dampen her love for Sendai. "All the good and bad, I treasure it all. I was told before going to Japan that my life would change, and it did. It changed for the better."

"I think that's what all of us have in common, really positive experiences in Japan, mostly due to our time at Tohoku University," said Niklas Abel, who was an exchange student from Germany (IPLA, 2017). "This event was a great opportunity to get back in touch. Thank you for hosting us."