Creating a disaster resilient culture at the World Bosai Forum 2017

The inaugural World Bosai Forum was held in Sendai in November, bringing together experts from around the world to discuss the latest research and practice in disaster risk reduction.

The event, which was jointly organized by Tohoku University, included some 50 sessions over four days and addressed the progress made since the Sendai Framework for Disaster Risk Reduction was adopted by 187 countries in 2015. 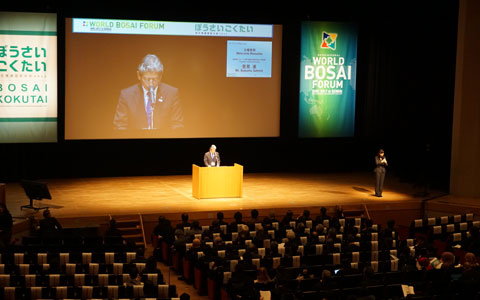 In his speech at the opening ceremony, the president of Tohoku University and the World Bosai Forum Committee, Susumu Satomi, described the Forum as a "global tool."

"One of the features of this Forum is the creation of realistic solutions for disaster risk reduction by allowing a diverse set of people to collaborate towards the same goal," he said, referring to the nationally-focused Bosai Kokutai and Bosai Industry Exhibition that were held simultaneously with the international Forum. 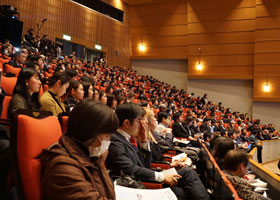 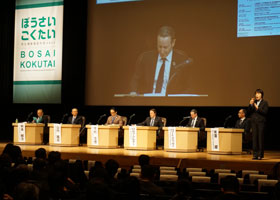 "We are seeing disasters increasing as a result of climate change and as a result of economic development in which investments do not understand risk," said Robert Glasser, the Special Representative of the United Nations Secretary-General for Disaster Risk Reduction.

Glasser offered two possible solutions - more investment in appropriate infrastructure, and the urgent reduction of greenhouse gases. "The international community can no longer manage by waiting for the disaster and then responding with aid, food and water. The only way we are going to be able to deal with these increasing costs is by thinking ahead and thinking about prevention." 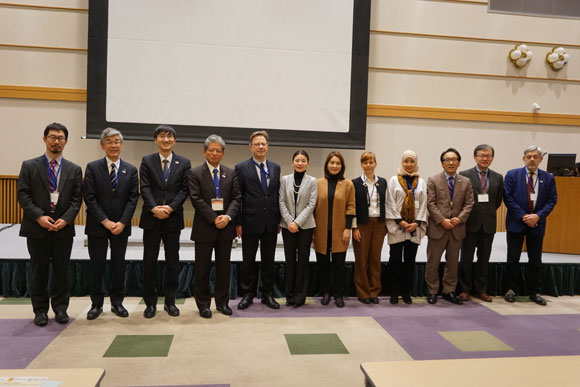 Preparedness and cooperation were also the main themes at the session on strengthening contributions to the international community through multidisciplinary disaster science research, co-organized by the Association of Pacific Rim Universities (APRU) and Tohoku University.

The event served as a kick-off symposium for disaster science, one of Tohoku University's main commitments under its new status as a Designated National University in Japan.

"We know that the 21st century is, and will continue to be, characterized by the promise of technological innovation, but it will also come together with increasing social chaos and inequality," said Christopher Tremewan, secretary general of APRU.

"So as research universities, we realise that it is not sufficient to produce research without consideration of the ethical implications to society at large," he said. "And by this I mean that we need to ensure that the benefits of our research and innovation goes to those who need it most, and not just to those who can afford to pay for them." 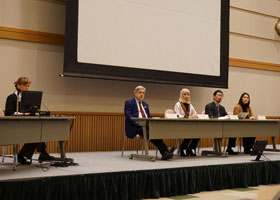 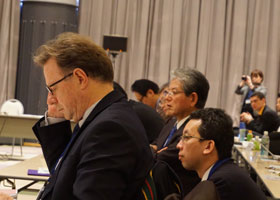 Tremewan stressed partnerships through advocacy and impact - partnerships not just with other research universities, but also with international organisations. "We need to connect global science with local communities, not so much for communities to implement what scientists have already decided, rather it means that the very design of scientific inquiries is formed by the needs of the local communities, not imposed on them."

Speakers on the panel spoke of the need for more collaboration between STEM - science, technology, engineering and mathematics - scientists and those who work in the social sciences and humanities. To that end, APRU signed a Memorandum of Understanding with the International Federation of Red Cross and Red Crescent Societies (IFRC) on the sidelines of the Forum.

"The MOU is literally the academics and the practitioners coming together," said Gwendolyn Pang, head of the IFRC's Country Cluster Support Team in Beijing. "In the past, the scientific communities were too far removed from the practitioners. We work on the ground, we work with people on the ground, so we can take the science and translate it into layman's terms and inform the public. We're trying to close the gap." 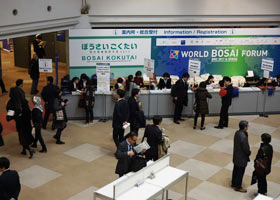 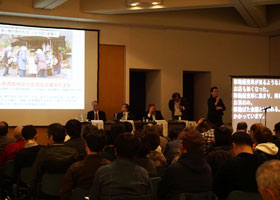 Reactions to the Forum were generally positive. "There's a lot of good work being done but not everyone knows what everyone else is working on," said Christina Schönleber, APRU's director for policy and programmes. "So it's really important to get people in a room together so that they can share their research ideas, share what they're doing and find collaboration opportunities."

Fumihiko Imamura, director of Tohoku University's International Research Institute of Disaster Science (IRIDeS) and chairperson of the World Bosai Forum Committee, echoed the sentiment. "We heard from global experts, local groups and also our youth. Creating a disaster resilient culture is our goal, so it was encouraging to have contributions from such diverse participants." 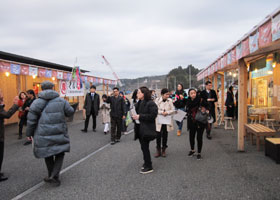 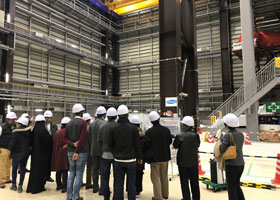 Aside from the lectures, Forum activities also included study tours and excursions to the region's tsunami-affected areas, offering participants a first-hand look at the recovery efforts there, and ways the communities are building back better.

The World Bosai Forum will be held biennially in Sendai in odd-numbered years, in partnership with the International Disaster Risk Conference which is held in Davos, Switzerland in even-numbered years. Bosai is the Japanese word for disaster risk reduction, including prevention, mitigation, preparedness, response and recovery. Organisers of the event hope that the word will gain international traction going forward.