The crustal record is the geologist's book for studying the history of the Earth. It contains information to understand important aspects such as when the earliest crustal rocks separated from the mantle; the origin and evolution of life; the inception and development of plate tectonics, oceans, atmosphere and the magnetic field.

Unfortunately, this information is disrupted and fragmented due to growth and recession. Subduction erosion found in Northeast Japan has permanently destroyed crucial pieces of information to understand our planet. 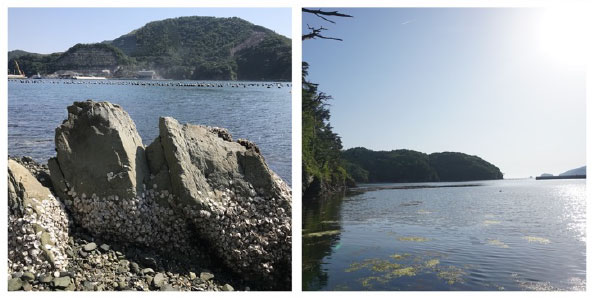 Rocks in the Northeast of Japan.Ⓒ Daniel Pastor-Galán and Tatsuki Tsujimori

An international research team led by Daniel Pastor-Galán, assistant professor at the Frontier Research Institute for Interdisciplinary Sciences (FRIS) at Tohoku University, and Tatsuki Tsujimori, professor at the Center for Northeast Asian Studies (CNEAS), has defined the events that punctuated the crustal history of Northeast Japan. The study has revealed the main ages of the events that shaped the geological roots of Japan.

The results show a fierce history of periodic magmatic flare-ups; subduction erosion when the Pacific slab destroyed the Japanese continental crust; the complete removal and substitution of the original Japanese crust roughly 270 million years ago; and the total melting of such crust around 110 million years ago.