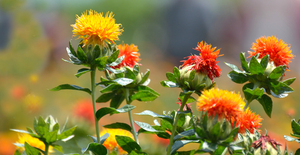 Researchers Identify the Biosynthesis of Carthamin, the Historic Red Colorant in Safflowers

Carthamin is a red pigment that stems from the yellow-orange corollas of safflower. Its usage as a red colorant can be traced back to ancient Egypt. In Japan it is named "beni" and has been used for dyeing textiles, coloring cosmetics and food, and as an herbal medicine for over 1400 years.

Carthamin's chemical structure has long eluded scientists, but a collaborative group of researchers has identified the genes that are required for the biosynthesis of carthamin.

The details of their research were published in the journal Plant and Cell Physiology on August 3, 2021.

Although the history of carthamin goes back millennia, scientists began exploring its chemical structures in the late 19th and early 20th centuries. Tohoku University graduate Dr. Chika Kuroda, who broke down barriers when she became one of the first female students to enroll at a Japanese Imperial University in 1913, had investigated the structural studies of the pigment. Yet, it was not until 2019 that scientists confirmed carthamin's stereo structure. 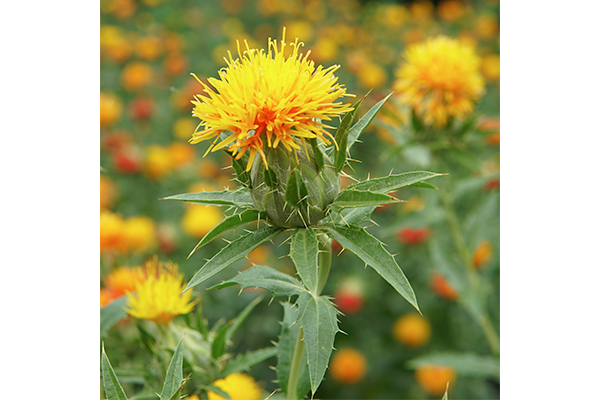 A yellow-orange safflower floret. The corolla of safflower florets is yellow to orange until full bloom. It subsequently changes to a reddish color during floret wilting. ©Toshiyuki Waki et al.

Together, they identified the genes for an enzyme that brings about the final enzymatic step of carthamin biosynthesis, calling it "carthamin synthase."

Carthamin synthase is a cousin of peroxidase, an enzyme found in plants such as turnips and radishes. But unlike peroxidase, it uses molecular oxygen instead of hydrogen peroxide as a hydrogen acceptor when forming carthamin. 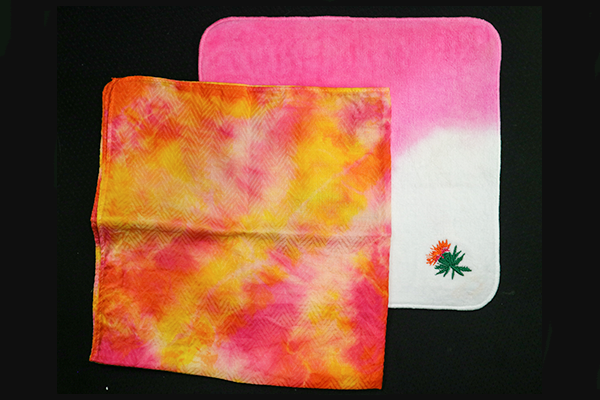 Toru Nakayama, who co-authored the study, says that their discovery will help pave the way for producing carthamin without having to rely upon the extraction of safflower corollas. "In the future, we may be able to produce this useful compound microbially in large amounts using metabolic engineering," said Nakayama.