Tohoku University researchers have observed a rare change in the structure of a mineral-like crystal that, if controlled, could lead to the development of new functional materials. The findings were reported in the Journal of the American Chemical Society.

Altering the atomic arrangements within materials can change their magnetic, electrical and optical properties. For instance, the pairing of positively charged cations in quasi one-dimensional crystals, such as vanadium dioxide (VO2), creates 'covalent' bonds, which can change the material's electronic state and thus its conductivity. Until the latest Tohoku University study, however, scientists had only observed some examples of this so-called 'cation dimerization' in 3d transition metals with honeycomb lattice systems. 3d transition metals have specific properties and electrons that move about in the 3d orbital surrounding the atom.

"Our findings will provide fundamental knowledge that will lead to the development of new functional materials," says Tohoku University materials scientist Hajime Yamamoto.

The team then used synchrotron X-ray experiments to analyse the crystal's structure and found that its honeycomb lattice developed vanadium-vanadium (V-V) dimers arranged in a ladder-like pattern at temperatures below 500 kelvin (227°C). Interestingly, the team also observed a magnetic to non-magnetic transition in the crystal's properties when the temperature fell below 600K. 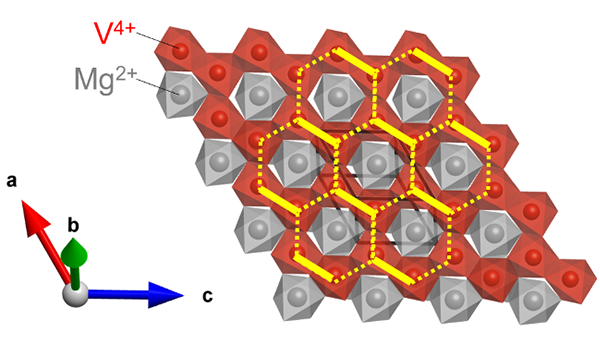 The team next plans to explore the control of the V-V dimer state with magnetic fields and pressure. "We might be able to use this to create new magnetic or electrical functions in this and similar materials," says Yamamoto.

They also plan to further investigate the V-V dimer state in ilmenite-type MgVO3 using synchrotron X-ray experiments. "Our present study revealed the existence of the V-V dimer, but we haven't yet clarified its electronic states," Yamamoto concludes. 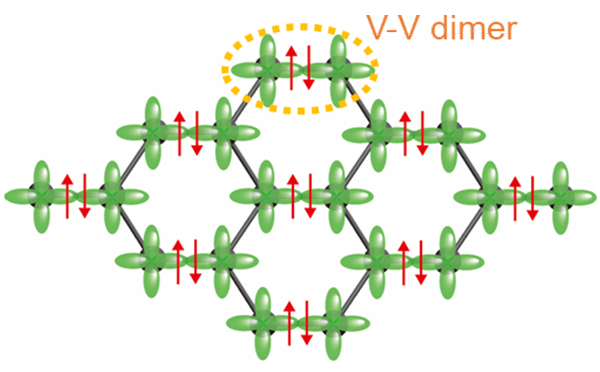