Using synchrotron radiation at SPring-8 - a large-scale synchrotron radiation facility - Tohoku University, Toshiba Corporation, and the Japan Synchrotron Radiation Research Institute (JASRI) have successfully imaged the magnetization dynamics of a hard disk drive (HDD) write head for the first time, with a precision of one ten-billionth of a second. The method makes possible precise analysis of write head operations, accelerating the development of the next-generation write heads and further increasing HDD capacity. 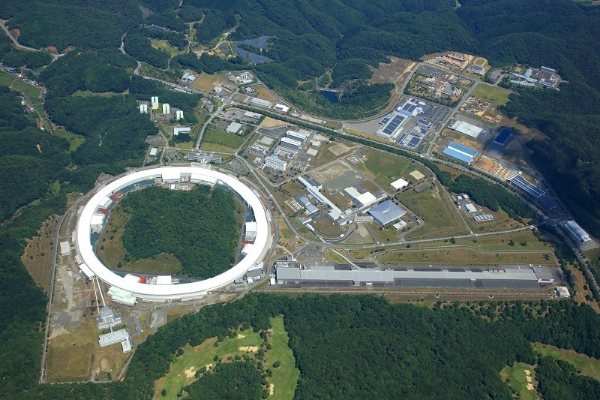 Details of the research were published in the Journal of Applied Physics on October 6 and presented at the 44th Annual Conference on Magnetics in Japan, on December 14.

International Data Corporation predicts a five-fold increase in the volume of data generated worldwide in the seven years between 2018 and 2025. HDDs continue to serve as the primary data storage devices in use, and in 2020 the annual total capacity of shipped HDDs is expected to exceed one zettabyte (1021 bytes), with sales reaching $20 billion. Securing further increases in HDD capacity and higher data transfer rates with logical write head designs requires an exhaustive and accurate understanding of write head operations.

There are, however, high barriers to achieving this: current write heads have a very fine structure, with dimensions of less than 100 nanometers. Magnetization reversal occurs in less than a nanosecond, rendering experimental observations of write head dynamics difficult. Instead, the write head analysis has been conducted by simulations of magnetization dynamics, or done indirectly by evaluating the write performance on the magnetic recording media. Both approaches have their drawbacks, and there is clear demand for a new method capable of capturing the dynamics of a write head precisely.

The new technology realizes time-resolved measurements through synchronized timing control, in which a write head is operated at an interval of one-tenth of the cycle of the periodic X-ray pulses generated from the SPring-8 storage ring. Simultaneously, focused X-rays scan the medium-facing surface of a write head, and magnetic circular dichroism images temporal changes in the magnetization. This achieves temporal resolution of 50 picoseconds and spatial resolution of 100 nanometers, enabling analyses of the fine structures and fast write head operation. This method has the potential to achieve even higher resolutions by improving the focusing optics for the X-rays.

The development team used the new technology to obtain the time evolution of the magnetization images during reversal of the write head. The imaging revealed that magnetization reversal of the main pole is completed within a nanosecond and that spatial patterns from magnetization appear in the shield area in response to the main pole reversal. No previous research into write head operations has achieved such high spatial and temporal resolutions, and the use of this approach is expected to support high-precision analyses of write head operations, contributing to the development of the next-generation write heads and the further improvements in HDD performance.

Changes in magnetization at the write head ⒸToshiba