An international research collaboration has discovered a potential new diagnostic marker for ulcerative colitis in a trans-ethnic analysis of Japanese and white patients. The finding could lead to the development of non-invasive, diagnostic blood test to both identify the disease and to determine progression in patients, according to the researchers.

They published their finding on December 27, 2021, in the journal Clinical Gastroenterology and Hepatology.

More than five million worldwide suffer from inflammatory bowel disease, a catch-all descriptor for a class of disorders that includes ulcerative colitis and Crohn's disease. Both diseases cause significant pain, diarrhea and bleeding, the result of inflammation and lesions along the large intestine. Despite the prevalence of IBD, diagnosis currently requires extensive, invasive testing, including colonoscopies, endoscopic ultrasounds and more. Symptoms can be managed, but not cured, and the cause is unknown. 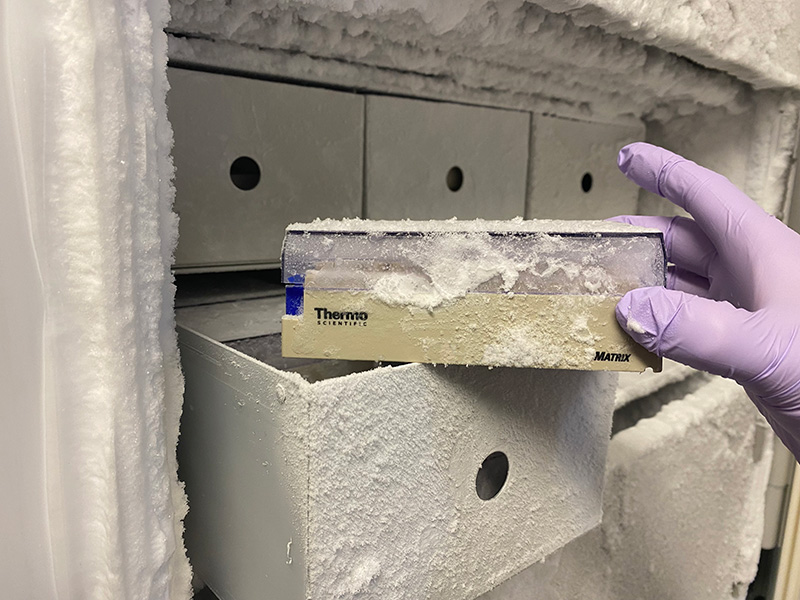 Known as anti-EPCR antibodies, they are produced by the body's immune system to fight a naturally occurring presence in the body, rather than an invading pathogen. The presence of these self-attacking antibodies is a hallmark of autoimmune disorders, such as ulcerative colitis. The issue is identifying which autoantibodies are associated with which disorders, Kakuta said.

The researchers previously identified the same anti-EPCR antibodies in patients with Takayasu arteritis, a disorder that causes blood vessels to inflame and can be complicated by ulcerative colitis. To further explore the potential connection between the antibodies and ulcerative colitis, they analyzed the blood samples of 303 patients, 203 with inflammatory bowel disease and 100 without, in Japan and in the United States. 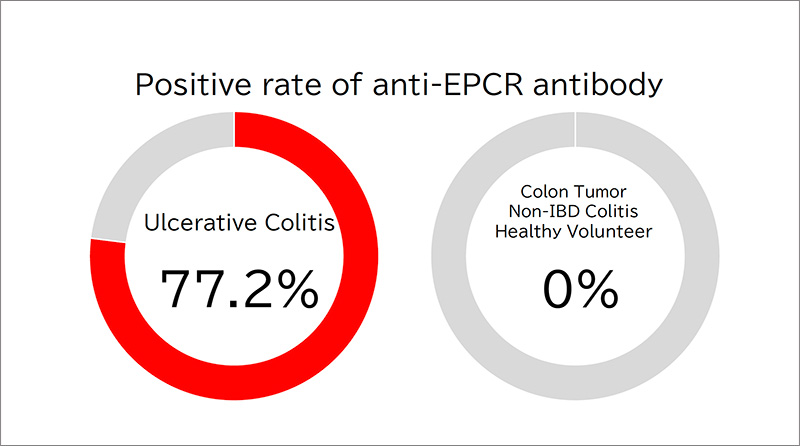 Anti-EPCR antibodies were highly positive in patients with ulcerative colitis and not in patients with enteritis other than inflammatory bowel disease, colorectal tumors, or healthy controls. ©Yoichi Kakuta et al.

"Anti-EPCR antibodies were found to be specifically expressed in patients with inflammatory bowel disease when compared with healthy subjects and other colorectal diseases, with a particularly high sensitivity for patients with ulcerative colitis," Kakuta said.

The researchers also found that more than 93% of the patients with ulcerative colitis, arthritis and immune-related skin conditions were positive for the antibody. According to Kakuta, this suggests a strong association with systemic inflammatory complications, similar to what they observed in patients with Takayasu arteritis.

Next, the researchers plan to clarify the mechanism underpinning how the antibody is involved with the development of ulcerative colitis, with the goal of developing a diagnostic blood test and treatment options.

"When a patient with symptoms such as diarrhea or bloody stools visits a general clinic, it could be easy to diagnose ulcerative colitis by checking the antibody concentration in the blood," Kakuta said. "The quick diagnosis means the patient could be referred to a specialist as soon as possible."