Back in Black and Navy 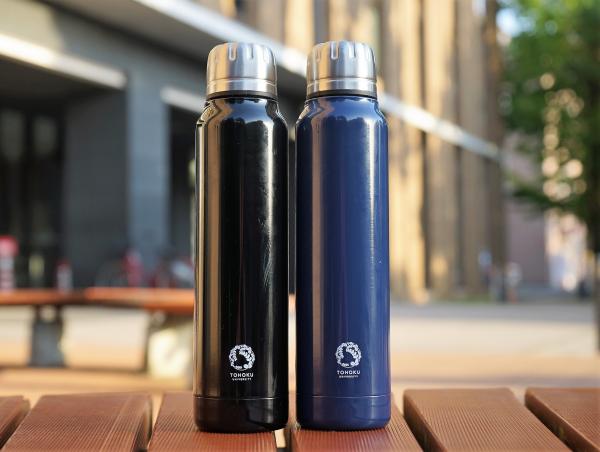 A white version of the thermos was sold at September's Homecoming Event and proved to be popular with guests. Tohoku University has again collaborated with Thermo Mug - well-known maker of thermal receptacles that keep beverages cold in the summer and hot in the winter - to produce a specially designed flask in black and navy.

Tohoku University has stepped up its efforts to reduce plastic use and increase recycling across campus. In March 2019, it adopted the Japanese government's "Plastics Smarts" campaign. Accordingly, Tohoku is encouraging students and staff to bring their own mugs and bags.