Reaching for Infinity and Beyond

Japanese astronaut Takuya Onishi, who had recently spent four months on board the International Space Station, shared his experiences of life in space with an enthusiastic audience in Sendai last month. 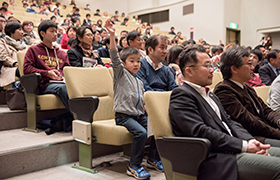 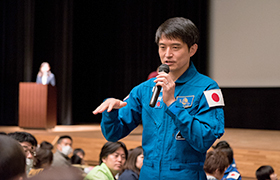 Norishige Kanai, the next Japanese astronaut scheduled to go to space later this year, delighted the crowd with a surprise appearance. 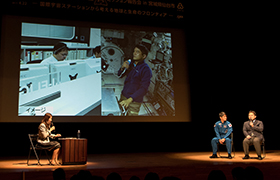 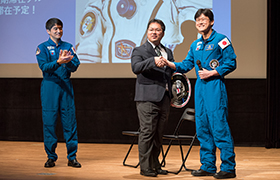 In his speech, Tohoku University President Susumu Satomi highlighted the interdisciplinary nature of the work on the ISS, noting that in addition to medicine, Earth and astronomical observations, the space missions also focus on the arts and education. The work on the ISS, he said, goes beyond science and touches every aspect of life.

Tohoku University has had a long and strong connection with space research. Some of the work currently being done was presented at the event by the Dean of the Graduate School of Life Sciences Atsushi Higashitani and Associate Professor Takeshi Sakanoi of the Planetary Plasma and Atmospheric Research Center. 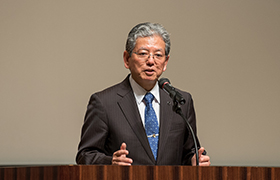 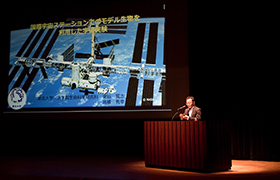 The Tohoku Medical Megabank Organization's Executive Director Masayuki Yamamoto, was also on hand to talk about a ToMMo study on stress and the environment. The experiment, involving two groups of mice and the stress reduction protein Nrf2, is expected to go on a future ISS mission. 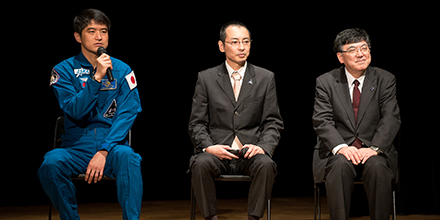 For those who were unable to be at the Wakabayashi Bunka Center, but would like to know more about Onishi's space adventures, read the interview he did with the International PR team on the eve of the event through the link below.