With his heart in space and his feet on the ground

On the eve of his Mission Report in Sendai, organized by the Frontier Research Institute for Interdisciplinary Sciences, Japanese astronaut Takuya Onishi spoke to Tohoku University's International PR team about being an astronaut and what life was like on the International Space Station

Were you always interested in space? What fascinated you about it?

When I was 8 or 9 years old, my father took me to the movie theatre to watch Star Wars and I became interested in space. Then when I was 18, I watched Apollo 13 and was impressed by the fact that astronauts carry the dreams and hopes of so many people.

When you applied to JAXA you had already been flying commercial planes for 10 years. Did your experience as a pilot help with the transition?

Working as a pilot was very challenging and I had to go through serious training. When I was a pilot, I had the goal of becoming a captain for ANA, and I was so focused on that goal that I rarely thought about being an astronaut. It was just coincidence that one day I read an article in the newspaper that said that JAXA was having an astronaut selection. I thought I should not miss the opportunity, so I applied. I was lucky because the training I had as a pilot helped me a lot. 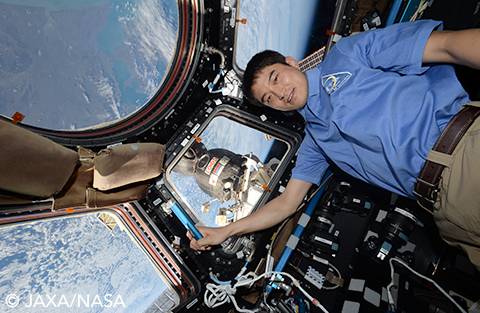 You were in the ISS for 115 days. I've heard that the initial adjustment period is quite rough on the body. How long did it take you to settle in?

It took me about two weeks to get comfortable. It is always a drastic change when you first go up into space because all the fluids in your body try to move upwards. So you feel like your head is stuffy and you cannot think clearly. Your eyes become dry and tired at the end of the day. Also for me, I quickly felt full every time I tried to eat. The differences between life in space and life on Earth are very small, but when there are so many differences at the same time, the stress level can get very high, especially in the first stage of adaptation.

What did you miss the most while you were up there?

I missed my family. I have two small kids and the only time I could talk to them was the weekend. And I missed ramen noodles! JAXA has a list of certified Japanese space food - like Japanese curry, rice balls and fish - and I took most of them with me. But I missed the real food.

How did you feel looking down at Earth for the first time?

The Cupola module of the ISS has seven windows and you can go in there and look down at Earth. Every time I looked, I felt like I was falling into Earth, so it was a little bit scary. But it was also really beautiful. There are many astronauts who are very good at taking pictures, but even they cannot capture the feeling. The real view of Earth is beyond description. 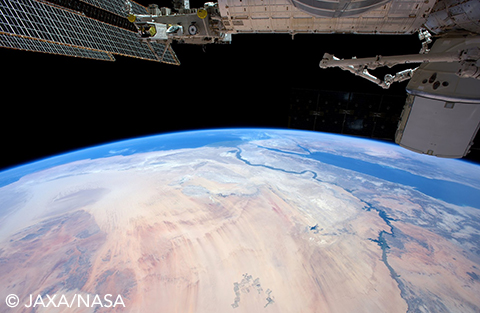 You kept a blog and regularly shared the amazing things you saw up there. What was your favourite?

Everything was great but if had to pick the best one, I would say I really liked seeing Africa from space. Africa has deserts, lakes and jungles, so you see a lot of green, reddish sands, crystal blue lakes. It's very colourful and beautiful. Before that, I thought Africa was a very dry area with not much to see. But I was totally wrong.

Being in close quarters with people is difficult. In the ISS, there were cultural and language differences as well. How did everyone get along?

I didn't have any problems. We spent a lot of time together during training so we already knew each other quite well before the mission. Up there, if there's a problem, we talked. We always had dinner together and that was the time when we talked about the job, our tasks and other things. 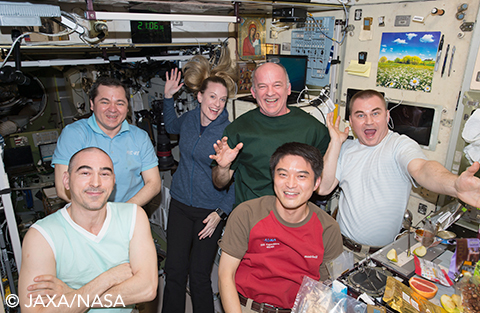 How much has Japan's contribution to the global space programme grown?

Each country brings its own strength to the space station programme. Russia has a very reliable vehicle called Soyuz. The US is very good at infrastructure. They built a high grade electrical power system as well as the environment controlled, life support system. Japan is very good at experiments, and KIBO has the JEM Airlock and Remote Manipulator System. With that combination, we can deploy small satellites from the KIBO module.

Like the DIWATA-1 microsatellite which Tohoku University helped to develop?

Let's talk about the experiments you did on board.

We have an ageing society in Japan, so developing treatment for the elderly is an important task for us. In space, without gravity, you don't use your muscles as much, so you lose muscle and bone density very quickly and the aging process is much quicker. With the experiment, we divided 12 mice into two groups, one in a microgravity environment, and the other with artificial gravity, to study the effects of ageing on muscle and bone. 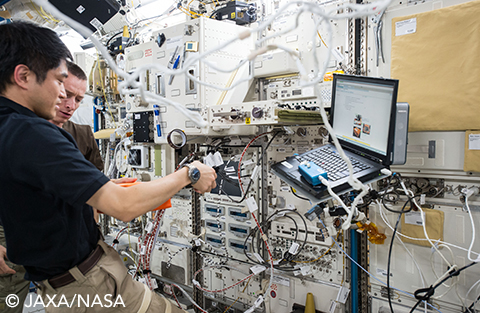 There's a very famous saying - the proteins that cause illness to human bodies is like a keyhole and creating good medicine is like making a good key. In order to make a good key, you need to know the shape of the keyhole. In space where there's no gravity, there's no thermal convection or sediment, so protein crystals grow into a very clear, nice shape. We brought them back for analysis and hopefully the data of the protein structures can be used in research to develop new drugs.

I always like those educational events, and children always have the best questions and ideas. It is very important to engage them, without a doubt. I hope that many young people get interested not only in space but also science, so that they become great scientists and continue to raise our level of knowledge.

Is Asia getting more involved in space?

What's the best advice you can give students and researchers?

Looking at my experiences, I think everybody can do great when they are doing things that they like or want to do. But sometimes, we have to do things we don't want to, or which we are not good at. Those are the experiences that really help us grow and develop important skills. So don't run away from those things, keep challenging yourself.

For enquiries about this article: