Orientation for new international students was held on September 30 at the Multidisciplinary Research Building on Kawauchi Campus. About 500 students attended the event that was held in English and Japanese. They included undergraduate and graduate students on both degree-seeking and exchange programmes starting this autumn. 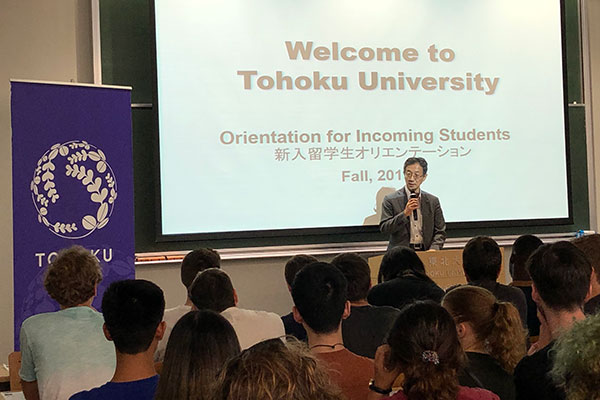 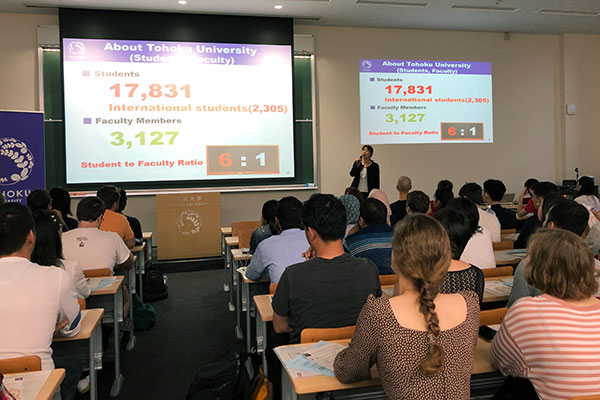 Students were also told about the Center for Counseling and Disability Services and reminded of the importance of healthcare and mental health awareness. 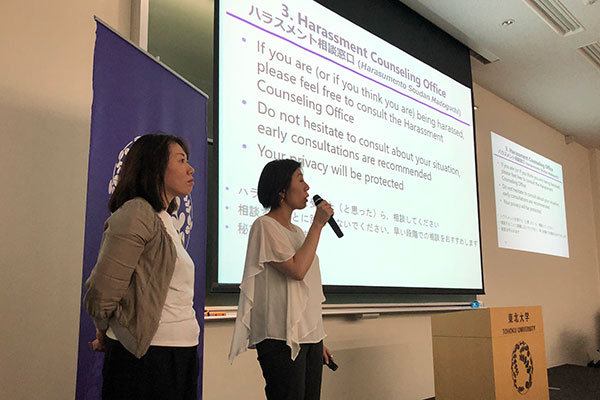 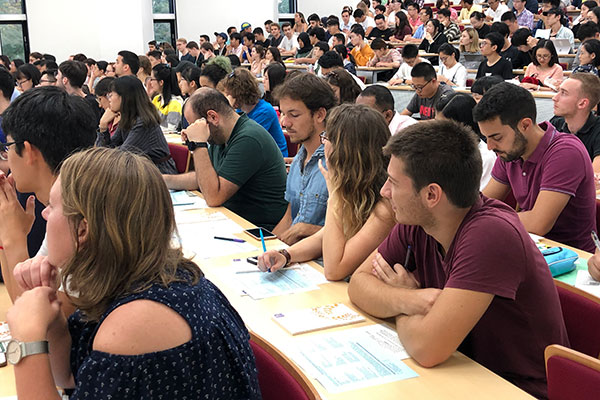 Members of the Miyagi prefectural police warned students of the dangers of drugs and alcohol, and urged them to be alert to general scams and crime around the city. 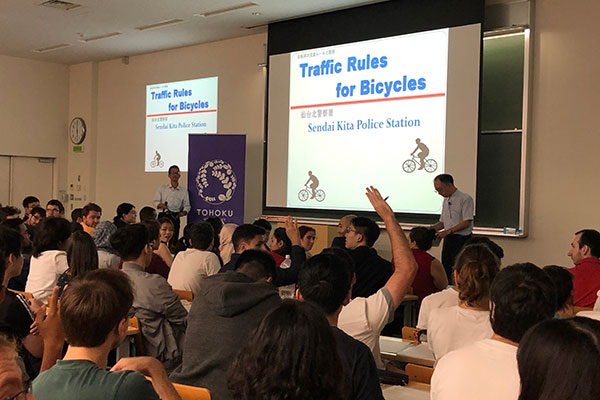 And a representative from Sendai Kita Police Station was also on hand to talk about road safety, focusing on traffic rules for cyclists, since many students use bicycles to get around.

Following the lectures, the new students visited booths set up by campus and community organisations. 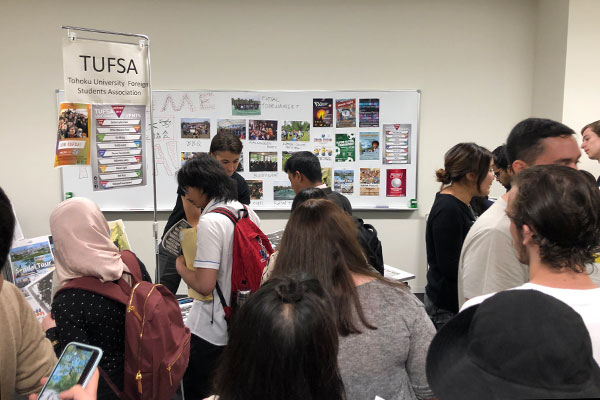 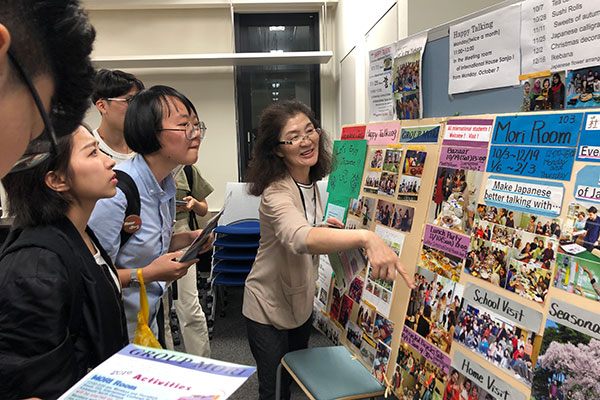 The groups reflect Tohoku University and Sendai's strong cultural diversity, and students are encouraged to get involved in positive community activities as a way to make new friends and experience the local way of life.