The Swadesh DeRoy Scholarship is an annual award given out by the Foreign Correspondents' Club of Japan (FCCJ) to encourage and support students interested in media and journalism.

The theme this year was "Youth Trends in Changing Japan," and participants explored issues such as the changing roles of women, multi-culturalism, and youth involvement in entrepreneurial projects and community outreach. 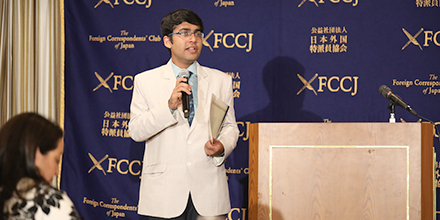 Trishit Banerjee, an advanced molecular chemistry student, won joint-first prize in the pen category. In his essay, he talked about the entrepreneurial spirit of youth, and how international students are helping to bridge the gap between Japan and the rest of the world.

"I have been volunteering at Ashinaga to help Japanese orphan children, and I plan to use the prize money to organise more social outreach activities such as soft skills to give them more confidence, " said Banerjee, who is originally from India. "I also want them to know that internationalisation doesn't just mean meeting many foreigners but rather, it is accepting views that are different."

Banerjee also wrote about his desire to launch an English language student newspaper that would focus on giving youth across the country, a voice. "Writing and journalism is a hobby but one that I feel very strongly about," he said. "This award is important because the prize money will give me the resources to create an active media outlet for students." 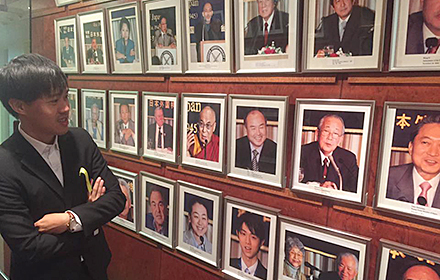 Nguỵen Chi Long, a medical student originally from Vietnam, won first prize in the video category. His entry, which introduces Tohoku through the eyes of international students, highlights the beauty of the landscape and the resilience of the people.

"Being a documentary director is one of my passions," said Nguyen. "Before coming to Sendai, I had very little knowledge of this beautiful city, and most of the images I saw online were of the 2011 disaster. Now that I have lived here for several years, I have had many beautiful and unforgettable experiences that I want to share."

And there are plans for more videos about Japan as Nguyen hopes to use his prize money on new camera equipment. 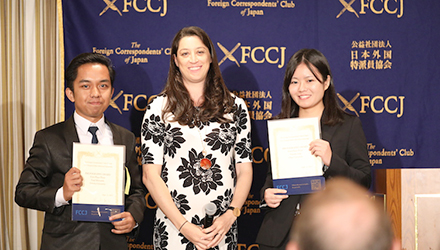 Fuad Ikhwanda is an Indonesian studying mechanical engineering. He won joint-first prize in the photography category with a 10-part photo essay inspired by a group of local and international friends exploring Sendai at night on their BMX bikes.

"IT and social media can be used to bring together people - both foreign and Japanese - who share similar hobbies," said Fuad. "The subject of my photo essay, a member of the BMX group, likes to explore the city while cycling at night because he has a full-time day job. I also have my research work in the day. So we sometimes stay out all night to take pictures, then ride our bicycles to the beach before the morning dawn. It's a great way to explore and get to know the less common parts of the city." 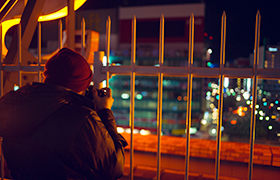 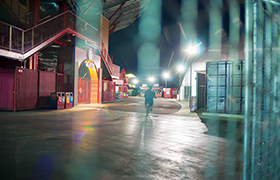 The Swadesh DeRoy Scholarship was created by the FCCJ and named after a respected journalist who had been a long time member. The competition is open to all university students and young professionals who had recently graduated.