Supermassive black holes (SMBH) occupy the center of galaxies, with masses ranging from one million to 10 billion solar masses. Some SMBHs are in a bright phase called active galactic nuclei (AGN).

AGNs will eventually burn out since there is a maximum mass limit for SMBHs; scientists have long since pondered when that will be.

Tohoku University's Kohei Ichikawa and his research group may have discovered an AGN towards the end of its life span by accident after catching an AGN signal from the Arp 187 galaxy.

Through observing the radio images in the galaxy using two astronomy observatories - the Atacama Large Millimeter/submillimeter Array (ALMA) and the Very Large Array (VLA) - they found a jet lobe, a hallmark sign of AGN. 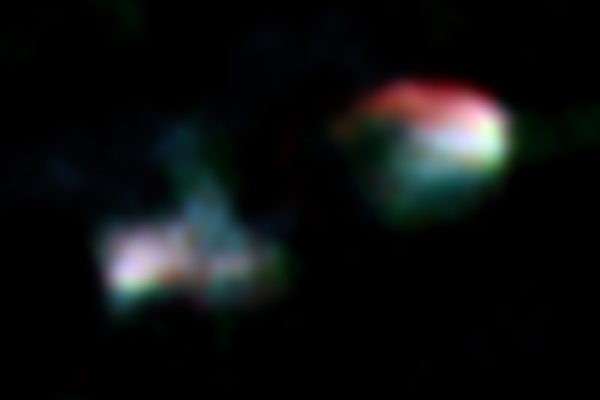 However, they noticed no signal from the nucleus, indicating the AGN activity might be silent already.

Upon further analysis of the multi-wavelength data, they found all the small scale AGN indicators to be silent, while the large-scale ones were bright. This is because the AGN has recently been quenched within the last 3,000 years.

Once an AGN dies off, smaller-scale AGN features become faint because further photon supplies also shut down. But the large scale ionized gas region is still visible since it takes about 3000 years for photons to arrive at the region's edge. Observing past AGN activity is known as light echoing. 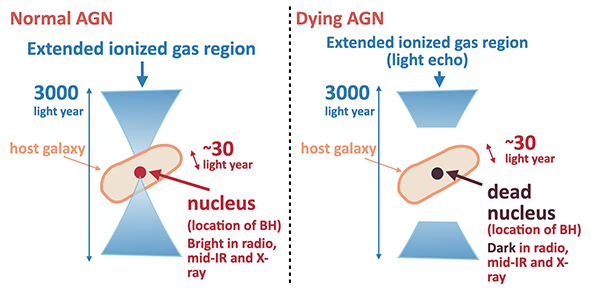 The observational difference between a standard AGN (left) and a dying AGN (right) discovered by this study. In the dying AGN, the nucleus is very faint in any wavelength bands because the AGN activity is already dead, while the extended ionized region is still visible for ~3000 light years since it takes ~3000 years for the light to cross the extended region. ©︎ Ichikawa et al.

"We used the NASA NuSTAR X-ray satellite, the best tool to observe current AGN activity," said Ichikawa. "It enables non-detection, so we were able to discover that the nucleus is completely dead." 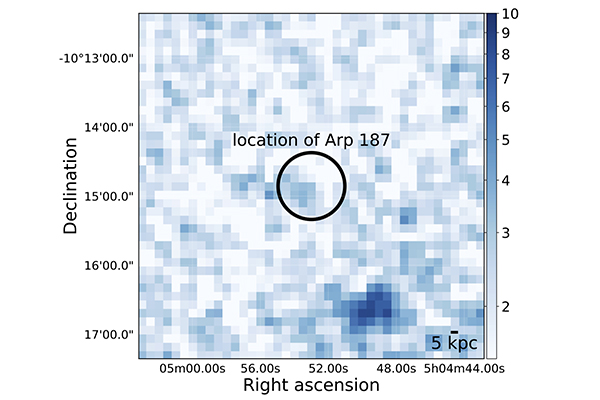 The findings indicate AGN turn-off occurs within a 3000-year time scale, and the nucleus becomes over 1000 times fainter during the last 3000 years.

Ichikawa, who co-authored a paper for the 238 Meeting of the American Astronomical Society, says they will continue to investigate dying AGNs moving forward. "We will search for more dying AGN using a similar method as this study. We will also obtain the high spatial resolution follow-up observations to investigate the gas inflows and outflows, which might clarify how the shut down of AGN activity has occurred.