Associate Professor Anawat Suppasri speaks fondly of a childhood in Bangkok, Thailand, where he developed an early interest in Japan through video games and translated copies of Japanese comics. "I was a big fan of Rurouni Kenshin, Samurai X and stories about historical Japan. My biggest passion was Japanese castles."

Despite his interest in history, he was encouraged to pursue a career in civil engineering at Chulalongkorn University when his parents noticed his aptitude for mathematics and numbers. "As a student, I thought I would be an engineer, stay in Thailand and work as a consultant in a firm after graduation. That was the plan."

But in life, even the best laid plans are often changed by unexpected events. For Suppasri, they came in waves.

In 2004 - one year before Suppasri was due to graduate - the Indian Ocean tsunami devastated the coasts of Thailand and much of South East Asia.

"No one expected it. We were totally unprepared, so many people were killed. I knew about tsunamis from the hydrodynamics class that I'd taken as part of my civil engineering course. I noticed that there was a lack of disaster engineers and tsunami experts in Thailand, so I thought that's a gap I could try to fill."

To that end, he pursued a master's degree in Water Resource Engineering at the Asian Institute of Technology, followed by a PhD in tsunami engineering at Tohoku University.

Then, history repeated itself. 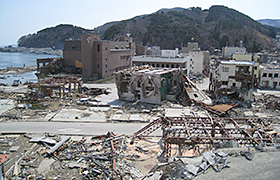 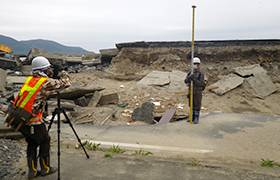 "I was on campus when the 2011 earthquake happened. The building I was in had 14 floors and it shook very badly. We had to climb over debris, desks and furniture just to get to the door. Some of the staff here had cars with the little TV screens and after we evacuated from the building, we got into the cars and turned on the news. We felt the shaking but we didn't know about the tsunami until we saw the footage on TV."

In response to the Great East Japan earthquake and the devastating tsunamis that followed, Tohoku University established the International Research Institute of Disaster Science (IRIDeS) in April 2012, and Suppasri became an associate professor at the Hazard and Risk Evaluation Research Division.

"The tsunami fragility function is a technical term in earthquake and tsunami engineering. We make graphs that represent the projected damage to a building, given the tsunami flow depth and velocity.

"After 2011, we were able to go to the disaster areas, see the trace - like mud and water marks - on the walls of the buildings. We measured the height of the flow depth and registered the extent of damage caused to the building. From this data, we can project what kind of damage a tsunami can cause under similar circumstances."

Suppasri works closely with insurance companies and urban planners, who use his data for risk assessment, as well as a guide on how best to rebuild damaged cities. 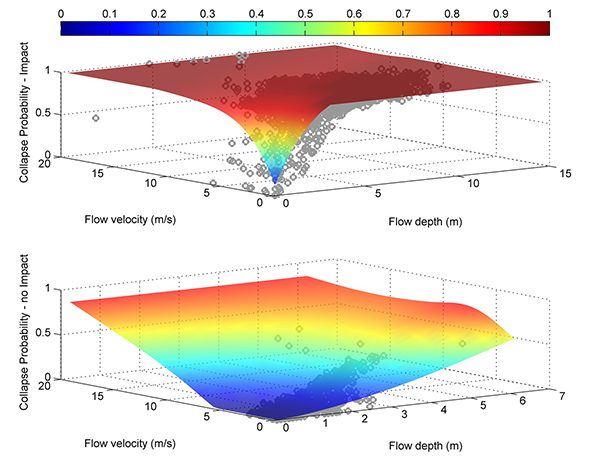 In 2016, another tsunami in Fukushima provided more data, allowing Suppasri and his team to further expand the area of their research. Specifically, the team observed the height of waves near the coast, and studied the limitations and possible improvements of the existing system of tsunami warnings and advisories.

To make his research more user-friendly, Suppasri is working with a couple of Thai colleagues at IRIDeS to develop a mobile application for phones that can help non-experts interpret his data. "We're trying to start an app that can give you tsunami information using the GPS in your phone. For example, if you are near the sea and you click on a nearby building on the map, the app will tell you if it is safe to go there based on information from the 2011 tsunami."

Suppasri says such information could be particularly useful for users looking to buy property or rent office space in vulnerable areas.

"We are also working on another app where, if you drive into the tsunami zone, the map on your phone will turn red and show you the flow depth of the 2011 tsunami at your location. If you have this app in your car telling you when you are in a dangerous or vulnerable area, you can drive towards safer ground." 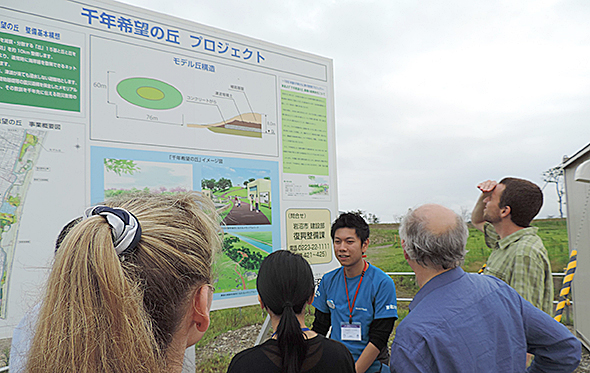 When not doing his own research, Suppasri helps out on the YUI project, an IRIDeS initiative aimed at developing educational tools to help children learn about disaster mitigation. He also volunteers in disaster affected areas, and gives public talks at the request of the Royal Thai Embassy in Tokyo. 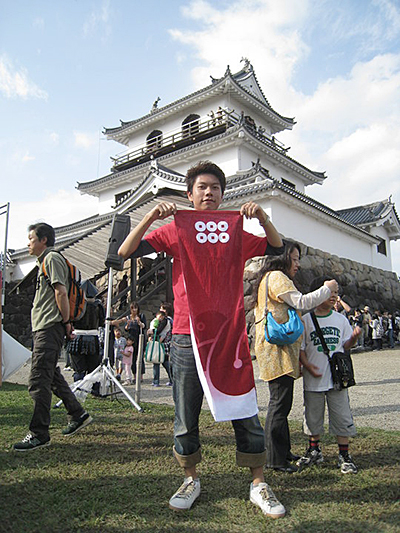 In rare moments away from work, Suppasri admits that the boy from Bangkok obsessed with samurais and Japanese history is still in him. Free time is in short supply but when he does find some, he enjoys travelling around the country, going to historical sites and yes, visiting Japanese castles. 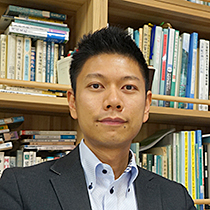