In Conversation with Susumu Satomi

Susumu Satomi has had a long history with Tohoku University. An alumnus of the medical school, he also served as hospital director from 2004 to 2012, before being appointed university president.

During his tenure, the university grew its international profile and was one of the original three institutions selected to be a Designated National University by the Japanese government in 2017.

Before stepping down on March 31, 2018, President Satomi shared some of his favourite memories of his time at the university.

Tell us about your childhood and how you came to Tohoku University?

I was born in Kagoshima and remember that we were wealthy when I was very young. But my father's business failed and we suddenly became very poor. I think my father was aware that in that situation he would not be able to pay for the education of all his children, so after my fourth year of elementary school, we moved to Okinawa, where my parents were originally from.

What inspired you to study medicine?

My father always told me that being a doctor is a good job because you won't go out of business and you will always be respected.

Were you a good student? How has Tohoku University changed? 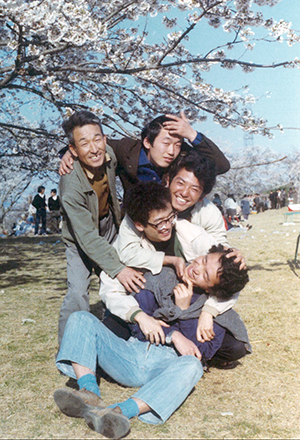 There are a lot more international students now, and Japanese students are more willing to go abroad if you encourage them. When I was a student, we never thought of going abroad. We also didn't have the money.

My friends and I shared living quarters, had meals together and students from different departments would come and hang out. We were very close and knew each other very well. We even knew when money from our parents would arrive, so we knew who to borrow money from or ask for a treat when our own money ran out. Life was very simple then.

You didn't think about going abroad as a student, but as an adult, you spent two years at Harvard. How did that experience affect you?

I remember thinking 'this is what living in a foreign country is like!' I was especially impressed by the culture at Harvard and MIT, where many Nobel Laureates and famous people were among the students, just sitting with them at the university restaurants or cafeterias. There was a very open environment where great minds were having discussions openly with young students.

When I became president of Tohoku University, I had many discussions with Professor (Motoko) Kotani about this, and the basic idea behind the House of Creativity came from my experiences at Harvard.

You performed the first kidney transplant from a brain dead donor in Japan.

It was a coincidence that we got the first kidney transplant after the law was changed. There was a long waiting list and by chance we got a patient which was a match for the first case. Transplants, in general, were already common. I was glad that the operation went well, but from my perspective, it was a normal procedure. 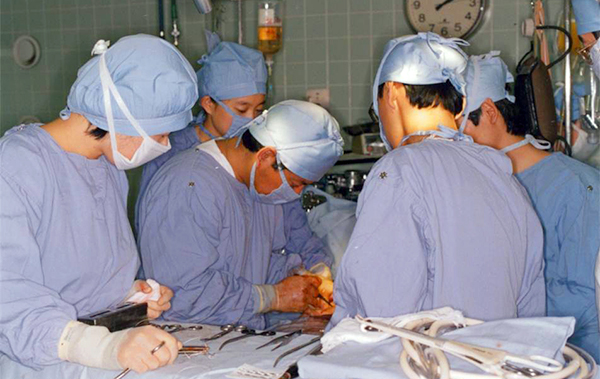 You were also responsible for the organ donor display cards and raising awareness of organ donation in Japan. Talk about the importance and challenges of that?

Japanese law is very strict, so even if people are willing to donate their organs, they have to provide a written document, and we don't have a tradition of writing things down. So we wanted to make it easier for people to officially express their will to be donors, for example, on the back of their driver's license or their insurance cards.

There are many people who are willing to donate their organs but our culture makes it difficult. Even now, doctors who have diagnosed a patient as brain dead find it difficult to tell the family that the body is suitable for "redistribution."

In the immediate aftermath of the 2011 earthquake and tsunami, you mobilized hospital resources to help with the recovery efforts. Talk us through that. 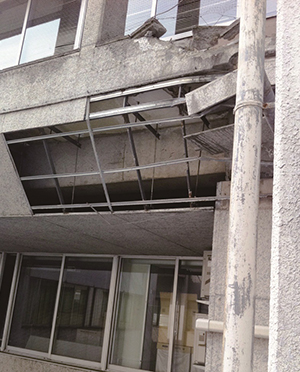 At the time of the earthquake I was in my office at the top of a nine-storey building. One month earlier, there was an earthquake in New Zealand where many buildings collapsed. I briefly wondered if the building I was in would collapse, and I was sure I would die if it did.

When the shaking stopped, we went down to the designated evacuation spot to establish the disaster countermeasure headquarters. Because of the magnitude of the earthquake, we assumed that many patients would have fallen and equipment would have disconnected. But luckily, the ward had modern earthquake-proof construction so the impact wasn't as bad as we had feared. Although some people were injured, there were no casualties and we were very thankful for that.

After that, we had to think ahead. We expected that many people around the city would come to the hospital needing treatment, so we prepared as many beds as possible. 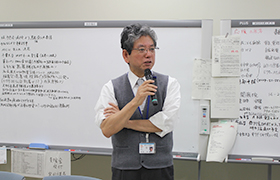 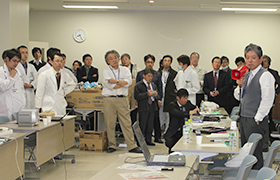 What was the hardest decision you had to make that day?

It was the decision not to make the hospital an evacuation shelter for the general population. People nearby saw the lights and wanted to seek shelter with us, but we could not accommodate them and help people who needed medical care at the same time.

Many people were probably quite mad at us when we redirected them to other evacuation shelters, but I felt strongly that we had to prioritize treating the sick and injured because we were a hospital.

What was your priority coming into the presidency? Did you accomplish everything you set out to do?

My priority these last six years were to calm things down after the earthquake. The six years were necessary for us as a region to recover and regain positive thoughts. Now, I feel that we can finally concentrate more fully on education and research again. 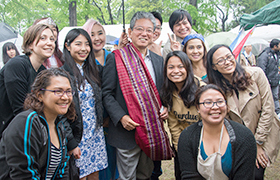 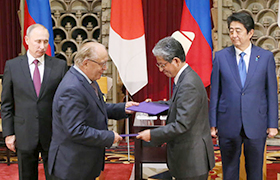 I would like Tohoku University to be a respected university, not just a university that is high in some rankings. I want the university to be recognized by the international community as a place where education and research is properly conducted. I think I managed to create a foundation for this, a good point to start. The rest is up to the next group of people.

If you find yourself with a bit more time after you leave office, what would you like to do?

My generation is addicted to the written word so we read a lot. One of the things I really enjoyed about this job were the train journeys. Whenever I had to go to a conference in Tokyo, I would buy a book for the train. I would read it on the journey there, attend the conference and continue reading on the way back. I really looked forward to reading on those long journeys. If I have more time after this, I would like to read more. 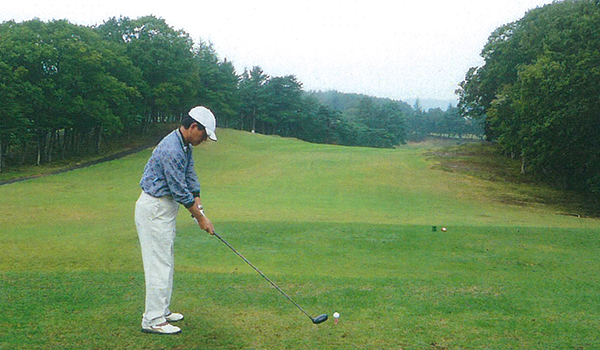 I'm also looking forward to playing more golf! I'm very bad at it, but I find golfing whilst walking and talking with good friends very relaxing.

What will you miss most about being here at Tohoku University?

The view from my window is very nice. Especially during the cherry blossom season. I'm a bit sad that I won't be able to enjoy the view from there any more.