When Professor Kunio Inoue was a high school student, he developed a passion for mathematics. "It is very beautiful," he says. "It has exact answers." 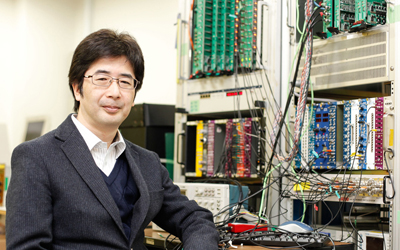 Inoue is now one of the world's leading physicists, specializing in the field of experimental particle physics. He is the Director of Tohoku University's Research Center for Neutrino Science, and is also Principal Investigator of the Kavli Institute for the Physics and Mathematics of the Universe, at the University of Tokyo.

The subatomic particles known as neutrinos are the focus of Professor Inoue's research. Neutrinos weakly interact and are electrically neutral, making them difficult to capture.

In 1998, Inoue was awarded the prestigious Asahi Prize for making the crucial discovery that neutrinos have mass. But there are still many unanswered questions about neutrinos.

Inoue and his colleagues are studying the properties of neutrinos using the KamLAND (Kamioka Liquid-scintillator Anti-Neutrino Detector). KamLAND is located 1,000 meters deep in the Kamioka mine in the mountains of Japan's Gifu Prefecture, and its 1,000-ton liquid scintillator is the world's biggest antineutrino detector. 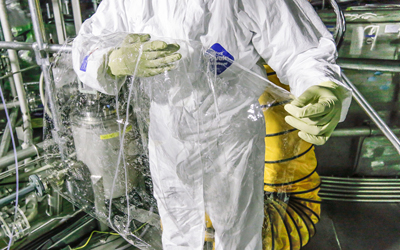 The research team uses the KamLAND detector to study the behavior of anti-neutrinos by capturing those produced by nuclear power plants in the surrounding region, those produced in the Earth's interior and those emitted by the sun. The goals are to understand how the universe began, the workings of stars like the sun, how stars collapse and the composition of the Earth's interior.

If neutrinos are created, anti-neutrinos are also created -- an example of how the universe tries to maintain a balance. But scientists are still not sure whether neutrinos can be their own antiparticles (the "Majorana" theory) or not (the "Dirac" theory).

Inoue is now trying to determine which theory is correct. He's doing that by conducting a unique search for what physicists refer to as neutrino-less double-beta decay. 'Beta' in this context refers to the high-energy, high-velocity electrons or positrons that certain kinds of radioactive nuclei emit, while "double-beta decay" describes what takes place when the nucleus of an atom emits two beta rays as part of a single process. The results, so far, are not conclusive.

Inoue says that studying the properties of anti-neutrinos that reach the detector offers valuable information about what's happening inside the sun, for example. Physicists want to know when the sun will use up the hydrogen that provides the fuel for thermonuclear fusion in its core.

Previous theoretical models of the sun's interior posited that a certain number of the particles reach the Earth, because the sun's outer layers absorb almost none of the neutrinos produced during atomic fusion at the sun's core.

But with the development of highly sensitive neutrino detectors, scientists were puzzled to find that the number of neutrinos reaching the Earth from the sun was between a third to half the number predicted by the standard model of particle physics. 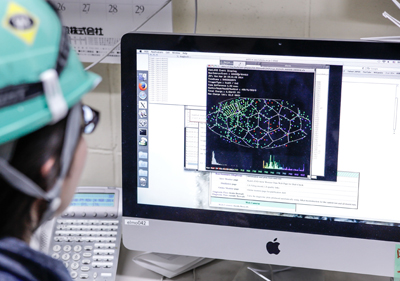 Inoue's ground breaking discovery that neutrinos have mass was a key development in this field of research. That discovery established that neutrinos can be transformed, through a process known as neutrino oscillation, from the type that physicists had expected that would be made at the sun's core into two different types of neutrinos that did not register with detectors.

Inoue and his colleagues made history again in 2005 with the first observation of anti-neutrinos produced by the radioactive decay of the elements thorium and uranium in the Earth's core.

"We can thus use neutrinos in tests to see through and into things" Inoue explains.

By studying the characteristics of these "geoneutrinos," Inoue and other physicists using the KamLAND detector are able to obtain information such as the amount of elements inside the Earth that produce geoneutrinos and their physical location.

"We knew the Earth was cooling, but there was no correct knowledge," Inoue explains.

His observations of geoneutrino activity using the KamLAND detector have revealed that radiogenic heat produced within the Earth is only about half the amount of terrestrial heat flow. Inoue and his team have verified that primal heat from the formation of the Earth remains but that our planet is gradually cooling. Increasing the detectability will lead us to identify the Earth's originating meteorite.

In 2012 Inoue was awarded the Nishina Memorial Prize, Japan's oldest and most prestigious physics award, in recognition of this important work. 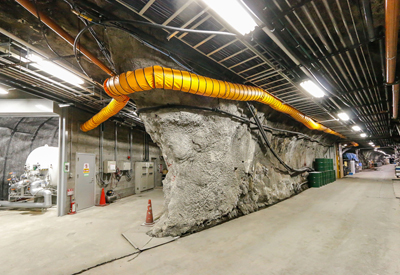 Inoue says he feels like the movie character Indiana Jones when he drives along the 2-km long tunnel that connects with the underground cavity where the KamLAND facility is located.

"It's an interesting place to work," he says. "The closest convenience store is 13 km away," he adds with a laugh. That's however, is a minor inconvenience in his never-ending quest for knowledge.

"I'm stacking lead bricks and cleaning walls and instruments," says Inoue. "It's kind of dirty work. But it's OK, because in the end, the truth comes from experiments. Theory is just a hypothesis, until experiments show evidence." 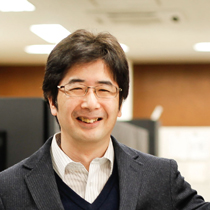