Kyoko Sengoku-Haga: A Portrait of the Artist as an Historian

Kyoko Sengoku-Haga has always been a little different. Born to a house of music, she was a child with an artistic soul, an adventurous spirit and a mind full of curiosity about the world outside Japan.

Now, as an art historian and researcher at Tohoku University, she is crossing continents on a quest to bring ancient Greco-Roman art and culture into Japan's mainstream consciousness. 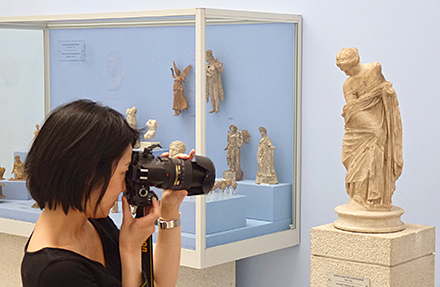 A Child Looking to the Future

Sengoku-Haga hails from Mino, a suburb of Osaka, best known for its proximity to the site of the 1970 World Expo. "For many in my generation, that event gave us the chance to see things we had never seen before and meet people from places we had never heard of before. I think that Expo made us all want to be part of the bigger world."

The daughter of a concert pianist and a soprano singer, Sengoku-Haga grew up with a strong appreciation for the arts. When she was in elementary school, she attended weekly art classes at an atelier near her family home. Unbeknownst to her at the time, her teacher, Tsuyoshi Maekawa, was a famous artist from Japan's influential Gutai group. "I didn't know he was famous until much later. To me, he was just a great teacher who would always have something interesting for us to sketch or make things with. Every week we learnt something new and it was really fun. I think my love for art started there."

Sengoku-Haga joined the art club in school and quickly realized that she preferred studying and analyzing other people's art to creating her own. She was a particular fan of a weekly newspaper column about classical art history and found early inspiration for a future career there.

A Student Learning from the Past

As she began her study of classical art at the University of Tokyo, Sengoku-Haga decided that she should travel to Europe to see, first hand, the art that she had been reading so much about. "I did part-time work, saved as much money as I could and went to Europe for a month. I travelled around France, Italy and Greece, visited all the museums and just fell in love with Greece. I'm not Christian so Christian art is a bit heavy for me. But the ancient Greeks were polytheistic and their mythology is quite similar to what we have here in Japan, so I felt instantly connected to them." 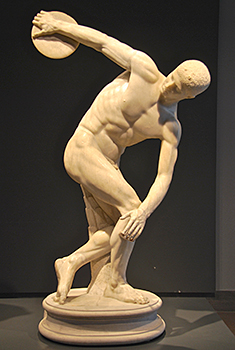 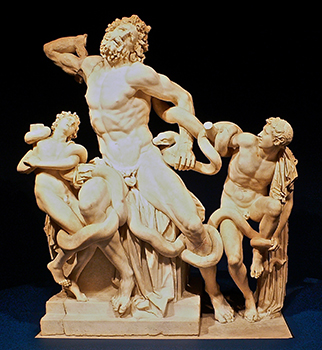 She later spent five years in Europe, mostly in Greece, where she was a student at the Italian School of Archaeology at Athens. She also lived briefly in Rome and Munich, further honing her appreciation of classical art. "In those days, travelling alone in countries where you couldn't communicate with the people was quite normal. In fact, it was quite fashionable and many people did it. We didn't see those challenges as difficulties to be afraid of, but rather, a natural part of travelling and experiencing new cultures."

The Science in Art

Now a researcher at Tohoku University's Department of Art History, Sengoku-Haga has two professional goals - to raise the international profile of Japanese art historians, and to introduce classical European art to mainstream Japan.

At the center of her research is the use of 3D scanning and 3D models to get new data on ancient materials. 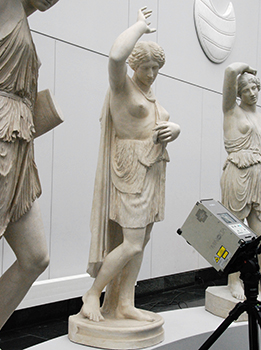 In the Greco-Roman period, sculptors used a system of measuring 2 points with a compass from model to marble block, and were able to create extremely detailed and precise copies of their masterpieces. The technique was so precise that modern historians sometimes struggled to tell similar works apart with the naked eye.

"What that means is that with 3D scanning, we can say that two similar items have a difference of 1 mm here or 2 mm there, or the nose is lower or higher. We can find the differences that researchers could not see before, and with that new information, we can hopefully learn more about the works and the sculptors." 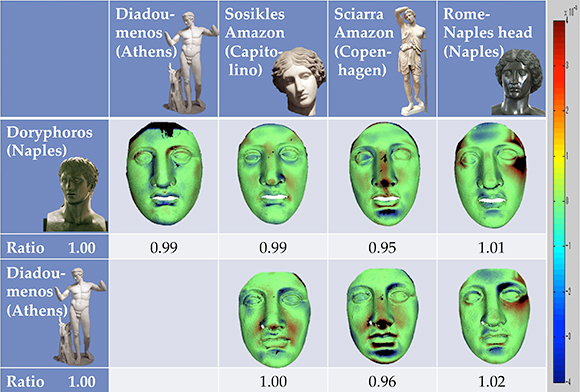 Sengoku-Haga came up with the technique of 3D shape comparison in 2007 and first published her work in 2010. Going forward, she hopes to start a website where international researchers can do 3D comparisons using shared materials, while making the data globally available.

The Art in Art

Closer to home, Sengoku-Haga's attempts to make Greco-Roman art more accessible in Japan has led to two successful exhibitions in 2016/17 - one on Greek art, and the other on Pompeii. 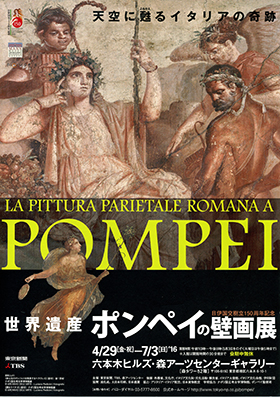 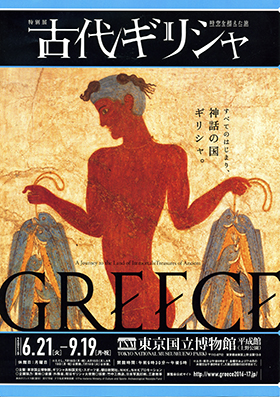 She hopes that the exposure will encourage more young people to take an interest in the classics.

"Museums are wonderful places. When you travel - whether it's within Japan or overseas - if you only see the tourist attractions and pretty landscapes, you can have a good time. But if you also go to the museums, you can truly understand the history of the place and the soul of the people." 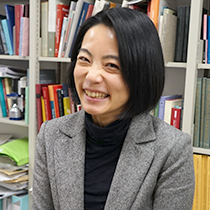